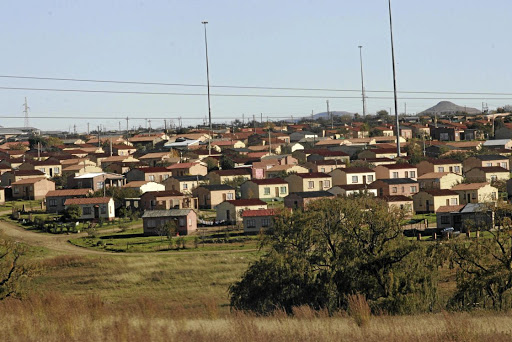 It is illegal to sell your RDP house if you haven't owned it for eight years.
Image: Antonio Muchave

A 66-year-old pensioner is accused of taking a house buyer's money under the guise that she was selling her house and migrating back home to retire.

Nonkongozelo Yese, 53, of Braamfischerville, Soweto, says she became a victim after a woman she has known for 20 years refused to vacate an RDP house she brought from her.

Yese said in 2016, pensioner Damisa Ntlemeza told her she wanted to go back home to East London to retire and was selling her RDP house.

Ntlemeza offered to sell the house for R65,000 which Yese paid within a year in 2017. Before paying the money, Yese insisted on involving witnesses which Ntlemeza opposed, but she eventually told her daughter about their agreement, which her daughter did not oppose, Yese said.

Yese said Ntlemeza told her she would use the proceeds of the sale to build a decent home in the Eastern Cape. "She kept me updated with the developments in East London until that house was completed," she said.

Yese said she then began to erect a wall around the RDP house to the tune of R40,000 as she was preparing to move in.

Yese also installed security gates after Ntlemeza told her she had moved her furniture and other goods home.

As she improved the RDP house and the year progressed, Ntlemeza began to change the tune.

"I wanted to erect a shack and rent it out but she would not approve this, stating that it could not happen in the yard," Yese said.

She said Ntlemeza then told her that her children were now opposing the sale of the house as one of them had no alternative accommodation.

Stories kept changing and at times Ntlemeza told her she was prohibited by law from selling the RDP house which she had owned for more than 15 years, but Yese insisted on having the house she had paid for, she said.

In November, Ntlemeza obtained a protection order against Yese, claiming that she had changed her mind and was no longer selling the house, Yese said.

On getting the order, she told the magistrate's court that she would pay Yese her money back in January, but that has not been the case.

When approached for comment, Ntlemeza confirmed she offered to sell her RDP house to Yese, but said they had not agreed on the date on which she would vacate.

"This is my house. I was doing her a favour when I offered to sell it to her. I was prepared to move at my own time, not on her order," Ntlemeza said.

Ntlemeza said she cannot refund Yese in full as she received a government grant, but offered to repay it in dribs and drabs until her money was paid up.

She said Yese can come and demolish the wall she built around her house as the title deed was still in her name.

Ntlemeza's daughter, Nomveliso, said she tried to make her mother to do the right thing and honour her side of the sale, but she did not want to take her advice.

"I think greed and old age is getting the better of her."

Yese has filed an opposing affidavit against the protection order which Ntlemeza obtained against her.

What to know before buying an RDP house

Before buying an RDP house, check when the house was first transferred to the seller;

If it's less than eight years, don't waste your time with written affidavits as the sale is illegal;

Get a transferring attorney involved before you pay your money; and

Make sure you see the title deed as this is the only way you will know that the seller has a right to sell the house.