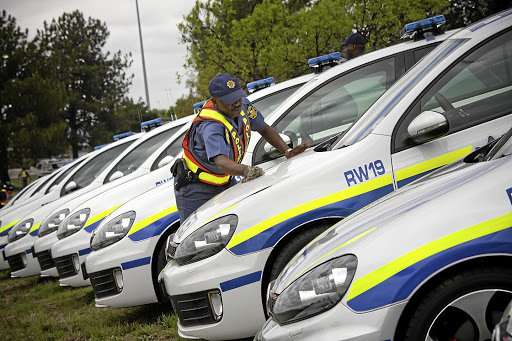 Springs Police Station has not paid Silas Monate the R4,000 it owes him because he did not follow standard procedures./Mduduzi Ndzingi

Since 2016, Silas Monate has been knocking on different office doors of the South African Police Services (SAPS) to demand payment of R4,000 for services he rendered without any luck.

What Monate failed to do was to comply with the procurement requirements, Consumer Line has discovered.

He is also not registered on the Central Supplier Database (CSD) and his account was not added for Electronic Fund Transfer to enable the SAPS to pay him.

Monate, 58, the director of Mothsaledi Construction & Project, said he was
approached by a senior police officer at the Springs Police Station to supply a
garden blower.

The tender was not advertised because it was under
R20,000, Monate said.

Monate said the blower, valued at R3,990, was delivered to the police station in April 2016 and he was promised payment within 10 days.

When payment was not deposited into his company account, Monate approached Lt-Col Mkasi and Captain Maria Sekonya, as well as Constable Qwela whom he told he had not been paid, he said.

Monate said he was later advised to register on the CSD to ensure that his banking details reflected on the system to ensure payment but the officials responsible refused to help.

"I was told that they could not do so because the service was delivered before registration on their CSD for small amount was made compulsory," Monate said.

The Treasury regulations require that all service providers must register on the central database for their payments to be processed, Consumer Line has learned.

More customers accuse company of not carrying out projects paid for.
Opinion
2 years ago

Col Lungelo Dlamini, the SAPS provincial spokesperson, said the payment could not be processed due to an administrative glitch. He said Monate should re-register the company as a supplier at www.csd.gov.za.

Once his banking details and tax clearance have been verified, he can approach the nearest SAPS office for assistance, Dlamini said.

Monate has agreed to re-register his company although he said he tried to comply with this requirement in July. He also said he submitted an affidavit stating that his company no longer existed.

"I hope they will now pay me with the accrued interest," Monate said.

The tender process is managed through the supply chain management system which is highly regulated to minimise the risk of fraud.

So it is imperative that Monate should re-register his company to meet the required standards to be followed when the service is procured.