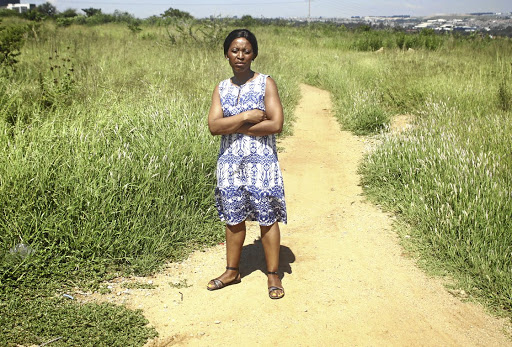 Native Building Schemes director Joseph Zakes Msimango is accused of tricking customers out of their deposits under the pretext that he is selling them land and houses.

It has since turned out he never owned the land on sale and is now unable to refund clients who have paid R1.8m for the land in question.

Some took out personal loans to pay deposits for the land.

Annastacia Tsotetsi, 46, of Olievenhoutbosch, said her husband met agents advertising the land and houses on sale on behalf of the company in May.

Tsotetsi said she and her husband visited its offices in Midrand to sign the contract of sale. She said she was also given a plan showing where her land would be apportioned.

The copy of a contract, which Consumer Line has seen, states that she had entered into an agreement with Karin Hasseriis to buy a portion of the Farm Knopjeslaagte, which measured 8,563 hectares, for R140,000.

Tsotetsi said she was surprisedthe farm was being sold by Msimango instead of Hasseriis and that prompted her to inquire from the local municipality where the farm is situated. She said she discovered that the farm did not belong to Msimango or his company.

She cancelled her contract and asked for her money back, which she was to get after 14 days - a waiting period not included in the terms and conditions of her contract, she said.

Her stumbling block is the wife of her late partner, who has been refusing to complete the required documents to allow the MPF to allocate funds to ...
Opinion
2 years ago

"I have waited for more than 200 days and each time I demand my money they remind me of their waiting period," Tsotetsi said.

She said the company showed her a list of 31 people who are in the same boat as her. On the list, which has identity numbers as references, it reveals that one pensioner paid R121,000 to buy a piece of the land on sale, Consumer Line has noted.

One service provider, @sizwe123, who posted his comment on www.badservicesa, said he rendered a professional service to Native Building Schemes after it indicated that the job was very urgent, but has not been paid for the service rendered.

"I was never paid, Msimango keeps sending me from pillar to post. I advise any service provider not to do any work or invest in his scheme," @sizwe123 wrote.

Amanda Mbatyaza, one of the directors at Native Building Schemes, confirmed that the land on sale did not belong to the company.

Mbatyaza said they were in the process of buying the land from the owners but had lost that contract, which made it impossible to transfer it to prospective buyers.

She acknowledged that the company had acted unfairly and unreasonably towards Tsotetsi for a considerable time for which she apologised.

Mbatyaza undertook to refund Tsotetsi by Thursday last week, but no money had reflected in her account at the time of going to print yesterday.