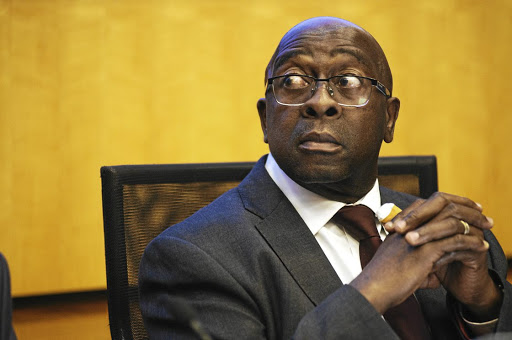 The writer says former finance minister Nhlanhla Nene made President Cyril Ramaphosa's job easier because he did not need to fire him.
Image: Waldo Swiegers/Bloomberg via Getty Images

Nhlanhla Nene's appearance at the Zondo Commission and the revelations that came out of his testimony confirm there is more to come to light with regards to state capture.

If Nene had not volunteered his testimony, it is likely we would still be thinking of him as an uncomplicated, uncompromised, silent crusader against a takeover by the Gupta family.

The undoing of Nene is a caution against the tendency to simplify political narratives by creating a binary of good guys versus bad guys, a caution that I have raised in the past.

Although he had been mum about the circumstances leading up to his firing, Nene finally confirmed that former president Jacob Zuma did not take kindly to him blocking the proposed nuclear build programme with Russia.

The former president was also unhappy with Nene obstructing plans by Dudu Myeni, SAA board chair at the time and Zuma ally, to create new flight routes and pursue a flawed deal to lease Airbuses.

This gave Nene the status of a hero and angel.

His generally quiet demeanour and media shyness added to the perception of him simply being a conscientious public servant with no hidden agendas.

Nene failed, until his testimony at the commission, to come clean about meetings he had with the Guptas at their home in Saxonwold.

It may not be far fetched to speculate that the Gupta brothers could have made similar offers to him as those they allegedly made to Vytjie Mentor and Mcebisi Jonas.

Nene could have struck a deal with the Guptas, who may have used their proximity to the president to ensure his elevation to the post of finance minister.

The Guptas may have wanted him to be their points person to help facilitate the capture of the National Treasury. We don't know for sure, but it is probable.

Because of his public image as a "good guy", even after admitting that he had lied about meeting the Guptas, public sentiment - as represented by radio talkshow callers and social media - was divided about what consequences should befall him.

Of course, the opposition called for his axing, which is consistent with their role in the political system.

But the hero narrative peddled by the media that many had bought into made it difficult to accept that he now falls into the same category as other ministers, such as Bathabile Dlamini and Malusi Gigaba, who are under scrutiny for similarly lying to the public.

Nene did the right thing. Not only did he apologise but he offered his resignation.

This made President Cyril Ramaphosa's life easier because he didn't need to fire Nene, something he would have had to do and still needs to do to other members of his cabinet.

There is still a whole lot more that we are yet to discover about Nene's activities both as deputy finance minister and as finance minister; his appearance at the commission has thrust him in the spotlight.

The public protector's probe into how his son may have benefitted from investment from the Public Investment Corp may yet lead to Nene's further unravelling.

It could turn out he was not so inimical to Zuma's tactics but had a crisis of conscience when he realised how detrimental to the public interest the onslaught against the National Treasury was.

As we are trying to make sense of political developments we need to be weary of the media's tendency to paint politicians as simply black or white - goodies and baddies. Politics is about power and the distribution of resources and is motivated by interests.

Politicians, like all human beings, are complex and can be animated by a variety of different interests at different times.

To make sense of what is going on in our politics and to get to the bottom of state capture, we must move beyond our fixation with personalities and begin to ask whose interests our politicians are serving.