There is no need to punish them further, God has already done that 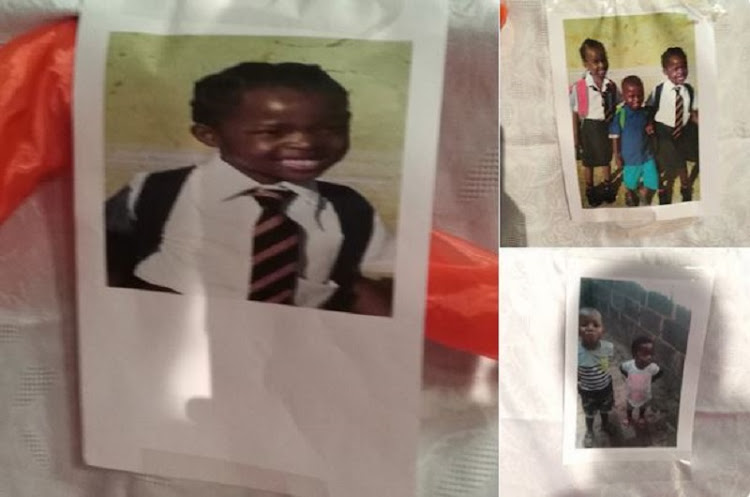 The three Ngubeni sibings and their cousin who were killed in a fire.
Image: Naledi Shange

My heart goes out to Bongiwe Ngubeni and her sister Nelisiwe Fulani who are charged with culpable homicide, child abuse and child neglect following the deaths in a fire of the Ngobeni siblings Nonhlanhla , 7, Sandile, 4, and Amukelani, 2, and five-year-old Mantle Fulani.

The two women were condemned, vilified and called names and labelled as irresponsible, heartless, cruel and reckless parents.

Most of us have framed the narrative that these two women deliberately went out of their way to kill those children.

I find it hard to believe or even buy into that distorted pedestrian analysis. It can't be true that these women had planned the deaths of their children.

What I also find missing in this one-sided condemnation is the lack of questioning of the whereabouts of the fathers of these children.

But the answer lies in the traditional belief that it is the primary role of women to care for the children while fathers literally get away with murder.

It is this disproportioned burden of care which is placed on women that makes us not even ask the whereabouts of fathers in this whole sad tragedy. I hold no brief for Bongiwe Ngobeni and Nelisiwe Fulani.

All I am asking for, as you read this piece, is to exercise some form of sympathy and empathy.

We never ask ourselves why we allow kids to be raised under abject poverty, 24 years into our democracy.

Mothers of kids who died in Alex fire remanded in jail

The Alexandra Magistrate's Court was packed to the rafters as the two women who locked up their children in a house that caught fire were appearing.
News
3 years ago

We keep meandering instead of confronting the structural inequality that is so pervasive in our society and is directly responsible for such deaths.

It is easy and convenient to accuse the two women of being irresponsible without confronting their sordid lived experiences.

I am reminded of that gallant brave young man, Sipho Johnson, whose mother struggled alone until he was taken care of by Dale Johnson, and none of us asked about the role of his father in his tragic young life.

I find it hypocritical and inconsistent when we look for easy scapegoats instead of finding balance before we apportion blame and, in the process, normalise what is essentially abnormal.

The role of the fathers must come under scrutiny in the same way that we demand of Bongi and Nelisiwe to be accountable and responsible.

We owe it to the only surviving 14-year-old boy to see to it that justice is done, not only in the court of law but also in ensuring that his living conditions and those of millions of other children are improved.

The community of Alexandra deserves better and it is not onlythe court of law that should remedy the situation as we all have a responsibility to create a safer environment for children, failing which we're all culpable in their deaths.

We must not allow such a scenario to play out again. As we call for the two women to be meted with long jail sentences, I feel that is not the only solution but, yes, as part of holding people accountable for their actions.

We must, however, attend to the socioeconomic conditions under which women, in particular single mothers, are expected to raise their children.

Finally, I have to say that I was touched when one of the neighbours had this to say during the funeral of the children: "The mothers grew up in front of me until they had children, they loved their children and there's no need to judge them. Everyone makes mistakes, and have their own problems."

She pleaded with the government to set them free so that they could look after their surviving children.

'There is no need to punish them further because God has already punished them."

Next time you are tempted to condemn these two women, think of their plight.

Unfortunately, the toxic values inculcated in both boys and girls from a young age are implanted by women
Opinion
3 years ago
Next Article