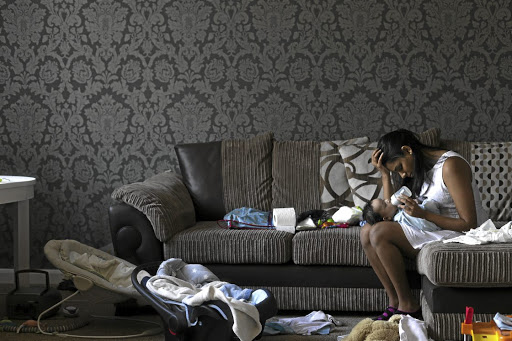 As men are often not in the lives of their children, both boys and girls grow up following the teachings they were taught by women, especially their mothers, says the writer.
Image: 123RF / Graham Oliver

Now that we have come to the end of Women's Month, it is vital that we ask ourselves uncomfortable questions about violence against women in our country.

Statistician-general Risenga Maluleke has revealed that 62% of fathers are not in the lives of their children. What does this mean? It means that the majority of boys and girls are raised by single mothers, aunts, sisters and social mothers.

Before you start throwing stones at me, if you think I am blaming the survivor or the victim, think about this.

And to the girl child, the message from the mother is that speak like a lady, walk like a lady, be obedient, don't aspire for leadership, don't let any position get to your head, respect men and always remember that you are here to serve men because men are the heads of the family as instructed by God."

Can you recall what a lecturer from the University of Cape Town is alleged to have said about wanting to rape his own daughter? He alleged he saw ...
Opinion
3 years ago

And, when you do the opposite, you are in fact disobeying the Creator, which means you are bringing bad luck to this family. Unsurprisingly, the mother says to her boy child: "You were born to lead ... you are divinely created in the image of God."

She goes on to say, "don't disappoint God by moving from your rightful place of leadership. If you fail to do so, God will judge you harshly."

So, the gender norms that we see in our country were instilled in us informally from birth - to both boys and girls. The sad reality is that it is in the main women who instil these toxic values, sometimes meaning well but more often than not unaware of the dire consequences of their actions.

So, when you go out into the world, these are reinforced by the schools we attend, the churches, the mosques and cultural institutions.

What is common about these institutions is their vehement support of what I call social scripting, which unfortunately leads to boys who are not able to deal with women leadership and women who are not able to stand up against all forms of abuse because both are expected to live by these sacrosanct teachings from their mothers.

If you do the opposite, you are dammed and you will be called all sorts of things. You will also be stigmatised and ostracised by being a "confused" women who does not obey cultural dictates, or you are a boy who refuses to take his rightful space of lording it over women.

It is our upbringing which has directly made us to be who we are as men today.

The rape that we see in our country, it's primarily because of how we were told that "no" is a "yes" and that there is no "no" to the girl's body because as a man that body belongs to me and I can do whatever I want with it.

That's the primary teaching from the home which invariably society embraces as a norm. I am convinced that if we are to stop violence against women, we would have to go back to the creators of these social scripting - and sadly they are women.

We know for a fact that men are not in the lives of their children, so all the important teachings which we always go back to in our hours of need comes from our mothers. By the way, the majority of mothers continue to do excellent work under difficult and trying circumstances of raising us alone, so my sympathy unreservedly go to them.

Having said that, it should not excuse their culpability in who we turn out to be. We rape, we kill and we steal because our frame of reference has always been that you must be stoic, you must be unemotional and you must man-up to who real men are.

A girl is always encouraged to stay in any abuse -be it in the workplace, in places of worship and at centres of learning because doing anything contrary would deeply disappoint the teachings that she was raised to believe in from her mother.