Male rape victims have no support structures in our country 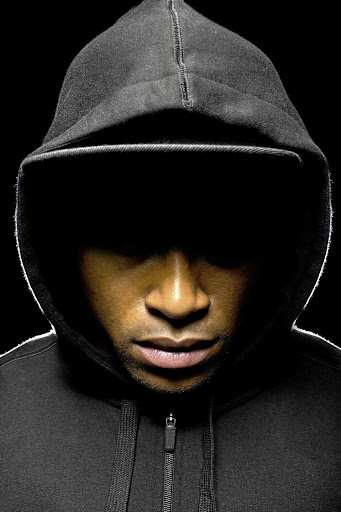 Male rape knows no class, race, religion or economic status. It is important that we break the silence around male rape, gender imbizo urges.

I'm troubled by the high rate of male abuse in our society and our unpreparedness to deal decisively with the scourge. Below is a letter male rape survivor and now activist Rees Mann wrote me.

The phenomenon of male rape in our society is less spoken of because of the stigma, the shame that is often attached to it.

A lot of boys grow up to be men bottling up their anger at having been sexually violated. It is never easy to openly talk about being sexually violated, especially as a man because it is considered unmanly to do so.

In the 1980s a young white male had three choices: leave the country and find asylum in a sympathetic country, go to jail for five to 10 years or do your military service.

I managed with the end of the conscription campaign to get mastered into the air force, which would be non-combatal.

I got used to being ridiculed, on a number of occasions the officers would call everybody for a talk and they would say "watch out because anybody could be a spy", and they would even mention my name.

Stress got to me one night and I got very drunk in the bar, and stumbled back to my quarters.

On my way I was grabbed by some men who pulled me into a room and violently raped me.

I was drunk and they were bigger and stronger than me, I tried to fight them off but I was overpowered.

It was violent. Today I can still remember the smell of their sweat though I was too drunk to remember their faces. That was the last time I have been hopelessly drunk.

My trust for males disappeared, as did my tolerance for people who were tipsy or drunk. I felt uncomfortable in all-male environments.

Mbuyiselo, when it was over I was in shock and [felt like I had been] dumped like a dead animal. I got back to my quarters and showered for hours. The bleeding finally stopped.

I felt as if I was no longer a man, I felt like I was damaged goods. My masculinity was taken from me. I was in pain for weeks.

The next day I pretended as if nothing had happened. I guess this is how most of us men would ordinarily react after being violated sexually.

It is the thinking that the rapists had taken away my prized possession which we colloquially refer to as my manhood.

It is this sense of being emasculated that makes a lot of men that have been raped to go into depression, loneliness and sadly wanting to take their own lives.

The next six weeks I felt so lonely and had nobody to talk to. I had a loving family at home and a girlfriend, my childhood sweetheart that I was madly in love with (now my wife) waiting for my return. That is what got me through the nightmare.

I kept my mind busy, ensuring that it was always in over drive.

I lived for work, I became a serial entrepreneur and a workaholic, got involved in organisations, took leadership roles and did everything to ensure that my mind was active.

I gave my family all the materials, but little time, I was emotionless, no highs no lows.

Every child needs their father, no matter his occupation or salary

Children were not involved in the marital issues of their parents, so they should not be used as bargaining chips
Opinion
3 years ago

The sad thing about male rape is that there are no support structures in our society, which unfortunately means that young boys who have been sexually violated have nowhere to go or no one to talk to.

I wish that men and women could find it in their hearts not only to embrace men who were sexually violated but to journey with them in ensuring that they do not blame themselves for rest of their lives.

At the age of 39 everything came to a head for me. I spend 18 months in therapy. I was fortunate I could afford it and I hit luck the first time - the therapist was a leading expert in the field.

The antidepressants I was prescribed worked while he started to put the puzzle together.

It's like he started a puzzle of unknown pieces but did not have a picture, so he said he did not know what the outcome would be.

The urges were not there and pieces were missing, he said. I thought it would be an impossible task.

Just like a puzzle, once you find one piece it gives you a clue for the next piece, he said.

Up to today the puzzle is not complete but it is complete enough to have moved from a victim to a survivor and now a thriver.

Society plagued by drug-induced, gruesome crimes by young boys on teenage girls an onslaught from devil.
Opinion
3 years ago

Male rape is a reality in our country and keeping quiet about it will not make it go away.

Crews spoke about the impact that the sexual assault he had experienced had on him. Male rape knows no class, race, religion or economic status. It is important that we break the silence around male rape, I hope we will all encourage boys and men who have been raped to seek help.

You can find that help by speaking to Rees and other men who have gone through this experience. Rees, thank you once more for opening up and sharing your life story.