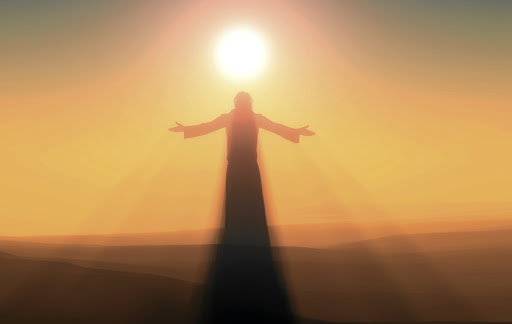 Women's emancipation should be endorsed and led by religion and its houses of worship, says the writer.
Image: 123RF

Today marks the start of women's month. Congratulations to all women who have made this democracy possible with their sacrifices.

I have been fascinated and inspired by the courage of women in our country and, in the process, I have asked myself why is it that we still have this concept of God the father and not God the mother.

Is it because the Bible and its equivalent in other faiths have been written by men for men?

I asked a world-renowned theologian Dr Nontando Hadebe why do we still refer to God as the father.

I should think this question is appropriate as we begin this month of August. This is what she said: "Names are powerful and are symbols and signifiers of identity."

She went on to say that "a name given by God defies any region". According to her in the sacred texts of Christians which consist of Old Testament there are multiple names of God, for example ELShaddai (Genesis 17:1) Elohim (Genesis 1:1) Elyon (Genesis 14:19).

She went on to say that other names include Adonai/Lord and the name that is used over six thousand times in the Old Testament is YHWH which is written as Yahweh or Jehova.

She said at times these names were attached to specific description which comes from people's experience.

Hadebe went on to say that Jehovah Jireh (the Lord my provider/ Genesis 22:14) for example, came from Abraham's experience of God providing a lamb for sacrifice instead of sacrificing his son.

Manana a symptom of deep-rooted ills in abuse that bedevils our country.
Opinion
3 years ago

Jehovah Rohi (My God who sees, Genesis 16:13) is a name given by Haggai when she was about to die in the desert and the angel appeared and gave her water. So it is clear that there is always a context as to why God is called by certain names, and I would argue that these names don't fall from the sky as other religious leaders who in the main are males want us to believe.

I really don't buy the argument that God has always been named or labelled male because doing so would be a clear manifestation of what patriarchy is all about.

The name father does appears in Hebrew Bible but not significantly, so argues Hadebe.

It is important that we ask these unconventional, uncomfortable and out-of-the-box thinking questions if we are to find a place where God continuously affirmed women's leadership roles and not just as subordinates to their male counterparts.

It can't be correct that we continue to use the name God the father because in doing so we are entrenching women's inferiority status within the church and in the world.

God is far bigger than any concept human beings can come up with, that is why in the Ten Commandments there is a warning not to reduce God to any image (Exodus 20:4). Because in doing so God is reduced to a human symbol that can be manipulated.

The reduction of God to maleness, according to Hadebe, has transformed Christianity into a male-dominated faith where men are given privilege, power and leadership while women are marginalised and excluded from equal participation despite the fact that both men and women are created in the image of God (Genesis 1:27-29).

It is also clear that the symbols of God and how these symbols when interpreted literally give privilege and power to those who are said to be like God, in this instance men.

SA not free till women are safe

It is completely unacceptable that South Africa remains a country that is unsafe for women.
Opinion
3 years ago

These literal interpretations institutionalise male power and make it look normal when in fact it is not normal, neither is it divinely inspired or sanctioned by God.

If we continue with these interpretations we perpetuate the notion that God has created women to just serve men.

A sad thing about normalising patriarchy is that it says to the young girl you were only created to ensure that you are followers and not leaders.

I solicited views from a young woman aged 27 about her views in relation to the church and the status of women. This is what Palesa Morabe said: "The church is like the home; men head it while women take care of its upkeep. We are good for coffees and lunches. Our roles in the church have always been to be humble and quiet, we only find our voices as women in the announcements and in the choir. We are the curtains and flowers that make the church warm."

This clearly shows how young women feel disempowered by the church. Finally, as we remember those women who took on the obnoxious system of apartheid head-on, it is important for the church to reflect on its role in the oppression of women and its role in normalising injustices in the name of God the father.