No peace for divorcee 14 years on 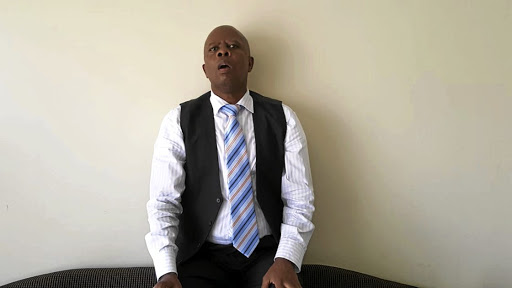 Nkosinathi Malgas' salary was attached illegally by the attorneys for services which were not rendered.

Nkosinathi Malgas was in a process of divorce when he met a tout who was recruiting clients for Eduard de Lange Attorneys in the streets of Pretoria.

That was the beginning of his nightmare. Though his ex-wife did not contest the divorce, which was later finalised by another attorney, he is to this day still being haunted by De Lange Attorneys, who allegedly attached his salary illegally for services never rendered.

He was recently visited by the sheriff of the court on the instruction of De Lange to attach his movable goods, he said.

Malgas said he had instructed De Lange to institute divorce proceedings against his ex-wife in June 2004.

"He had to organise a round-table discussion to draft a settlement and obtain a final divorce decree from the North Gauteng High Court in Pretoria," Malgas said.

There were two minor children, a house and a car between them, he said.

However, Malgas said the attorney only issued summons while the rest of the instructions were never carried out.

He said he paid R15400 towards the legal costs without even receiving a single telephone call, statement of account and updates on the case.

"Two years later, I terminated my mandate as I was not getting the desired service from De Lange," Malgas said.

"[But] a few days later, I was issued with an acknowledgement of debt of R22000 which I was compelled to sign because De Lange would not release my file [to the other attorney] without my signature."

He was also not given receipts for all the amounts.

Complaining to the Law Society did not help because the law firm disregarded their order to refrain from making any payment to the attorneys.

In 2010, R40000 was attached from his salary, which he paid though the emolument attachment orders were acquired in a "dubious way", Malgas said.

When he visited the Magistrate's Court for the District of Tshwane to verify the trial date, he discovered that the matter was never filed and was not in their system," said Malgas.

"The money was docked from my salary despite there being no garnishee order on record, or provisional judgment having been heard or granted against me."

In March last year, he was visited by the sheriff to take an inventory of goods worth a further R25967 to be attached.

Consumer Line has seen a letter of demand from Malgas' new attorney asking De Lange to explain a number of discrepancies leading to the issuing of the garnishee order in which Malgas eventually paid R40000 in full.

De Lange has until now not responded to his attorney's queries. He said he would not respond to the allegations contained in Malgas' complaint.

"His legal representatives are well aware of the facts, which have been duly ventilated," De Lange said.

He said Malgas is still indebted to his law firm.

"The complainant has again failed to effect payment in terms of an instalment payment plan and has historically employed various unsuccessful tactics to avoid his responsibility to this office, this being one of them," De Lange said.