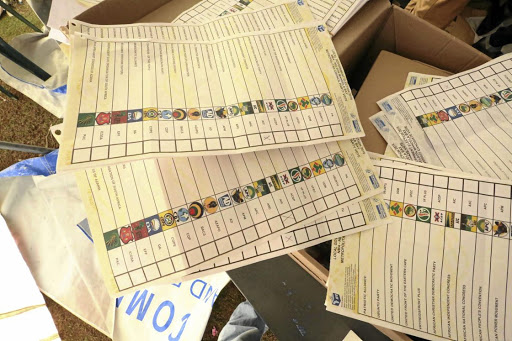 With South Africans set to make their mark at next year's polls, the writer urges voters to carefully scrutinise the principles of the parties they will be voting for. /Eugene Coetzee/The Herald

It is the norm at election time for much attention to be placed on political party manifestos, their programmes and utterances by leaders of those parties.

The more controversial the utterance or message, the more likely it is to get press and dominate headlines.

But what is equally important during this period is to scrutinise the internal practices of political parties.

At the Independent Electoral Commission's briefing to parliament this week, IEC senior manager on election matters Granville Abrahams outlined some of the risks to next year's election. Among them were fiscal constraints, cyber-attacks and increased internal party conflict, particularly in relation to compiling party lists.

The former two risks are within the IEC's ambit to mitigate. The latter is not.

The issue of increasing internal party conflict is a cause for concern but not on the simple basis that there is conflict in parties.

Where there are different minds and a plurality of interests, there is bound to be some disagreement and controversy.

Given that conflict is inherent, of importance is how issues are resolved.

Political parties in South Africa function within a constitutional democratic framework. It does not matter what their ideological leanings are or on which side of a policy debate they stand, they ought to function democratically.

Internal party democracy is all the more important in this country where political parties are central as the conduits through which the will of the people is channelled.

It is in political parties that decisions over leadership are made. And those choices have implications for broader society. That leadership could potentially become installed in public office and have a huge influence on the wellbeing of residents of municipalities and provinces.

ANC rift making it difficult for president to take charge

The race towards President Ramaphosa's 100th day in office next week has been complex and a mixed bag as he tries to harmonise problems besieging ...
Opinion
3 years ago

Parties decide on those individuals who are placed on lists to represent the party, and by extension citizens, in provincial legislatures and in parliament.

Political parties should be imparting political education not only on matters ideological but on democratic political practice within a constitutional democracy.

Ultimately, when members of parties find themselves in public office or become public representatives in the legislature, whatever their persuasion, their conduct should at all times be guided by a democratic culture.

Some of the trends in political parties across the spectrum are worrying.

These include tendencies towards the centralisation of power in one individual or group of individuals, the manipulation of internal party processes through intimidation, fraud or bribery to gain an advantage over opponents, as well as the undermining and disregard for due process and the arbitrary application of disciplinary procedures.

Intolerance for dissenting voices is also a trend that is apparent across the board. In many instances, the principle of party discipline has been used to silence and intimidate party members who dare disagree with the leadership.

Some party heads, chairpersons, leaders, presidents or commanders-in-chief - whatever the titles they choose - have not been subject to a turnover of power. In fact, it is has become customary in some parties for the long-standing leader to pronounce on a successor before any challenge to his seat can be deemed legitimate.

It is very easy to just conclude that most of these tendencies only best describe the ANC. But that would be foolhardy.

Whether it's the lack of competition over the IFP's and UDM's leaders-for-life, the DA's growing challenges with rebellious mayors and councillors, or the centralisation of power in the office of the CIC in the EFF, internal party democracy leaves much to be desired across the political spectrum.

The danger is that these parties, as we've seen with the ANC, bring their undemocratic tendencies into the government and contaminate the state.

This not only undermines good governance but erodes the legitimacy of the state.