Cyril's first 100 days in office more about undoing than doing 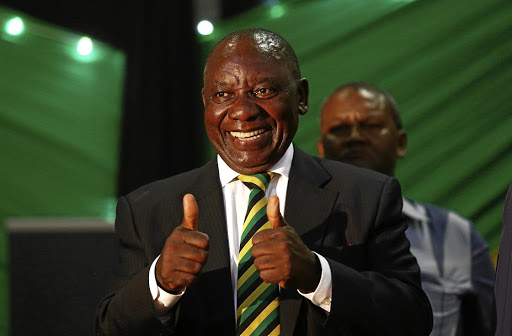 President Cyril Ramaphosa has faced intense scrutiny of his first 100 days in office, but the writer feels that isn't fair on his caretaker presidency./ Masi Losi

Much has been made of President Cyril Ramaphosa's first 100 days in office.

The opposition and various other quarters of society have climbed on this bandwagon, giving him various scores out of 10.

Evaluating the performance of a president periodically is useful for the strengthening of accountability.

In particular the 100 days' evaluation serves as a reminder that the electorate and society at large pays attention to what incumbents say and how they deliver on what they promise.

But the trouble with this evaluation cycle is that it treats Ramaphosa's current term as synonymous with a regular full term in office.

It disregards the reality that Ramaphosa's being in office at this time was a matter of contingency. Ramaphosa is president today because the ANC was compelled to do damage control.

This presidency, which is really a caretaker presidency, that aimed to arrest the downward spiral into the economic and political abyss ahead of the 2019 elections, is more about undoing than doing. The decisions and actions that Ramaphosa has taken in the 100 days of his ascendancy have been about unravelling the web of chaos and dysfunction that has engulfed state institutions and entities at all levels.

From his reshuffling of cabinet ministers to the shake up of boards of state- owned enterprises, to the quick moves in trying to shore up confidence in the economy by appointing a credible and competent economic adviser and envoys - all this is aimed at turning the tide.

Even on the question of land, although Ramaphosa and the ANC have been emphatic about committing to expropriating land without compensation, the reality is that the party is still skating close to the edges of the issue. It is using the parliamentary process that is running parallel to the party's own deliberations on the matter as cover to delay sending a clear signal about changes to the constitution.

President Cyril Ramaphosa praised the Muslim community on Wednesday evening for their volunteer work in their community and South Africa.
News
3 years ago

Most of this has to do with Ramaphosa's own posturing in this interim period.

The ANC has much to do to rebuild public confidence this year. The Thuma Mina initiative is key to that.

Ramaphosa is harking back to those early moments in the South African democracy when the ANC presented itself and was generally perceived as possessing a vision that most in society could rally behind.

But Ramaphosa also has to work to get the different structures of his own party fully behind him. His win at the party's elective conference last year was only a stepping stone to the presidency. He did not emphatically win the soul of the ANC.

The unity talk is just that - talk. Ramaphosa has the task of shoring up his legitimacy and convincing everyone within the party that he is a leader that all provinces and branches can throw their weight behind.

His first 100 days in office had less, therefore, to do with him implementing a set agenda for the country as it had to do with winning confidence and convincing supporters and detractors alike of the legitimacy of his leadership.

The biggest test for Ramaphosa is ahead. The outcome of the 2019 general election will give the best evaluation as to whether in his first 100 days and subsequent months in office, he succeeded in winning the confidence of members of his own party and the electorate.

So far he has done well to begin to lay the groundwork for reversing the rot in the state and the setbacks in governance. But this is a task that will require more than just part of a term.

In all likelihood, it will take at least a decade to do this. Add on top of that the task of dealing with the structural impediments to South Africa's growth and development.

It is a little over-optimistic to think that Ramaphosa would have delivered any far- reaching, substantive changes by 2019, let alone in his first 100 days as president.