Complex tapestry of the past has no one neat, simplistic account 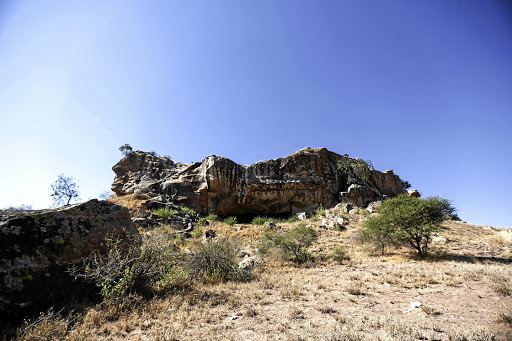 The history taught to young people in school should be reflective of varying experiences and cultural heritage in South Africa, says the writer. /Moeletsi Mabe

History will in the near future be a compulsory subject for high school pupils in SA.

Basic Education Minister Angie Motshekga made the announcement following the recommendations of a ministerial task team looking into the matter.

The task team report raised issues including the need for the history curriculum to be revised so as to reflect an inclusive account of the making of the country.

This proposal has raised some concerns and been the subject of debate and contestation in the public discourse.

Particularly at issue is the potential for the revision to be manipulated for political ends. The cynical view is that the governing ANC will rewrite the history of this country as a history about itself. Thus, the new curriculum will be propaganda aimed at indoctrinating impressionable young people.

Making history compulsory presents an opportunity not just for a rethink of how we teach and present our past to the youth but to reflect on the purpose and aims of basic education more broadly.

The article in the Sowetan on making history compulsory in schools, June 1 2018, refers.
Opinion
3 years ago

As a start, it is important to address the point about a pro-ANC history curriculum.

Motshekga this point early on in her address to the media, saying "I must emphasise that we are in no way attempting to rewrite history for the benefit of the new ruling elites. This project is not a propaganda exercise destined to shore up and buttress support for the oldest liberation movement in Africa, the ANC.

"As a principle, we are against the rewriting of history for the sole purpose of achieving short-term political expediency."

This disclaimer should be welcomed but it would be foolhardy to take it at face value. Motshekga is a senior member of the governing party; she is the party's functionary in government. And so her words should be taken with a pinch of salt.

She can give all the platitudes, but the reality is that what kind of history curriculum will result from this proposed revision would not be solved at that level.

It will rely on the attitudes of those tasked to undertake the project. What would their political aims be? How will the department ensure they produce the best and most factual account?

History is a contested subject. Although it is generally understood that history is about gathering facts of what happened in the past and presenting those facts, the understanding of those facts and their import is subject to interpretation.

There is not just one interpretation of the facts and events of the past. Meaning is ascribed to them depending on what vantage point an individual or a group sits.

Perhaps then the problem could be addressed by ensuring that the team of historians and educators for the project is reflective of the varying experiences and cultural heritage in SA.

What could result is a narrative that contains and presents facts and events from different vantage points rather than one neat, simplistic account of a very complex tapestry of the past.

Juxtaposing these contrasting interpretations in the text would allow pupils to insert themselves in the debates as they try to understand who they are and where they come from.

This speaks to a key aim of education, which should be to teach and train young people to be thinkers, to see themselves as agents in their own lives, in their families, communities and broader society.

They are not to be merely sponges that soak up uncritically what is presented to them in textbooks and by educators. Pupils are not just merely reflectors of other people's ideas, content with regurgitating what is given to them.

If this is how we think about the youth being trained up through the education system, we should present the complex facts and contestations.

Our greatest responsibility is providing them with the critical thinking tools to come to their own conclusions after interrogating the facts.