ANC rift making it difficult for president to take charge 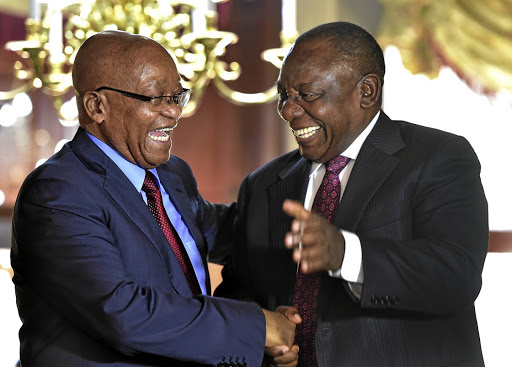 The jury is still out on the presidency of Cyril Ramaphosa. /Siyabulela Duda/ GCIS

As 2019 edges closer, there is an air of instability and uncertainty about President Cyril Ramaphosa's ability to hold things together.

The outcome of the ANC's 54th elective conference at the end of last year, which saw Ramaphosa take over as head of the governing party, elicited optimism both at home and abroad.

The euphoria was greater when Ramaphosa forced Jacob Zuma's hand and left him little choice but to resign, allowing himself to rise to the highest office in the land.

This was a triumph that opened the door for "the new dawn", as Ramaphosa has termed it - doing away with the rot entrenched during Zuma's tenure.

It has become clearer since then that Ramaphosa is merely an interim president and is having an uphill battle in gaining the confidence and acceptance of significant factions in the party.

Given the history of guaranteed electoral victories for the ANC in previous general elections, it has been generally accepted that Ramaphosa is the president-in-waiting.

But the odds heading towards the 2019 poll seem to point less to a guaranteed victory for the ANC and for Ramaphosa.

President Cyril Ramaphosa has effectively dared suspended SARS Commissioner Tom Moyane to take him to court – and refused almost all of the tax ...
News
3 years ago

This is likely to scuttle Ramaphosa's vision and bid to clean up government and to place the country on a different developmental trajectory.

Given that the opposition, particularly the DA, is engaged in its own messy internal battles, scoring own goals, the ANC should be using the opportunity to come out looking focused, confident and competent under its new leadership.

Instead, there is a standoff between Ramaphosa and those in the party who oppose him because of the threat he poses to their fortunes.

As things stand, Ramaphosa is constricted. He is in a weaker position than his predecessor when he came to lead the party.

Nothing illustrates this better than the situation in North West and KwaZulu-Natal, where factions supporting Zuma are digging in their heels and openly pitting Ramaphosa against Zuma.

It's a battle that should have been left at Nasrec, if they had any concern for the future of the party in 2019 and beyond.

The message to Ramaphosa is clear - he may have been elected the president of the ANC but he is not everyone's president.

A major challenge that Ramaphosa has to grapple with is a predecessor who refuses to step out of the limelight and give him the space to lead.

'You are a minister, you don't do your job, we reshuffle', says Mbalula

Having retreated to his base in Nkandla in KwaZulu-Natal, Zuma has opted against a quiet retirement. He has been seen at official party meetings and has been asked to address events.

His message is not one that inspires confidence in the new leadership.

He has gone out of his way to hit back, claiming a political plot and conspiracy against him.

Zuma has continued the refrain that he does not know why he was forced out of office and maintains that those that pushed him out did so because they are opposed to his efforts to transform the country's economy.

Zuma's conduct has the effect of emboldening other members and leaders of the party to undermine Ramaphosa's leadership.

It is deepening disunity and making Ramaphosa's ability to put together a well-oiled election machine an uphill battle.

More concerning for Ramaphosa is that it is jeopardising his president-in-waiting status at a time when the country needs the kind of leadership that promises not only to return to good governance but to embark on building the social compacts needed to reverse the racial polarisation that is overtaking society.