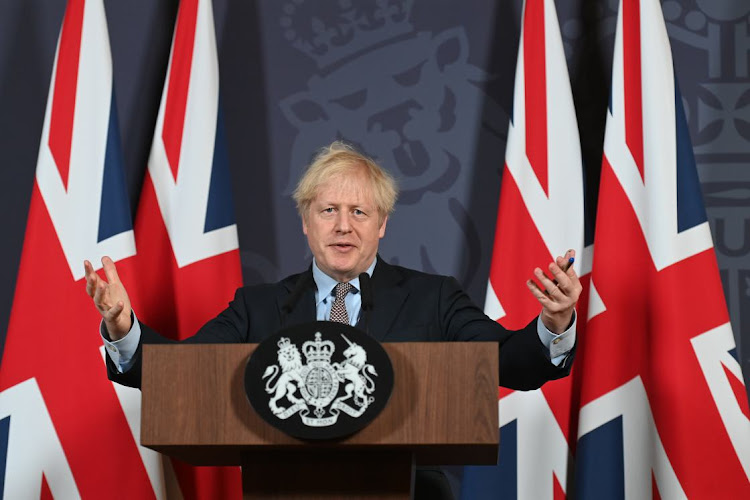 The post-Brexit trade deal reached by the United Kingdom and the European Union goes beyond the EU's so-called "Canada-style" trade accord, the BBC said on Friday, citing what it said was a full copy of the accord.

The 1,246-page document includes about 800 pages of annexes and footnotes, the BBC said, adding that the pages of legal text will determine every aspect of trade between the UK and the EU.

British Prime Minister Boris Johnson on Thursday had described the last-minute agreement as a "jumbo" free trade deal along the lines of that between the EU and Canada, and urged Britain to move on from the divisions caused by the 2016 Brexit referendum.

The BBC report added that at first look, the full post-Brexit text went beyond a so-called "Canada-style" deal.

One annex revealed a late compromise on electric cars, the BBC reported. The EU had sought to offer tariff-free access only to those British cars made mostly with European parts. That will now be phased in over six years, but is less generous than the UK had requested, the BBC said.

The United Kingdom was stuck in Covid-19 isolation on Tuesday after much of the world cut off travel ties due to a highly infectious new coronavirus ...
News
9 months ago

There is a clear commitment not to lower standards on the environment, workers' rights and climate change from those that currently exist and mechanisms to enforce them, the BBC reported.

However, it added that there is also a mutual right to "rebalance" the agreement if there are "significant divergences" in the future capable of "impacting trade".

Similarly, the restrictions compensation for unfair subsidies to companies "do not apply" in situations such as natural disasters, the BBC said. That will exempt the EU's large current pandemic support package for aviation, aerospace, climate change and electric cars.

Britain clinched a narrow Brexit trade deal with the European Union on Thursday, just seven days before it exits one of the world's biggest trading blocs.

The deal will preserve Britain's zero-tariff and zero-quota access to the bloc's single market of 450 million consumers, but will not prevent economic pain and disruption for the UK or for EU member states.

The UK formally left the EU on Jan. 31 but has since been in a transition period under which rules on trade, travel and business remained unchanged until the end of this year.

The British parliament will debate and vote on the deal on Dec. 30, just one day before the transition period lapses.

What you need to know about the coronavirus right now

The World Health Organization (WHO) will convene a meeting of members to discuss strategies to counter a new, more infectious coronavirus strain that ...
News
9 months ago

Britain is more likely to leave the European Union's orbit on Dec. 31 without a trade deal than with an agreement, the head of the European ...
News
9 months ago
Next Article