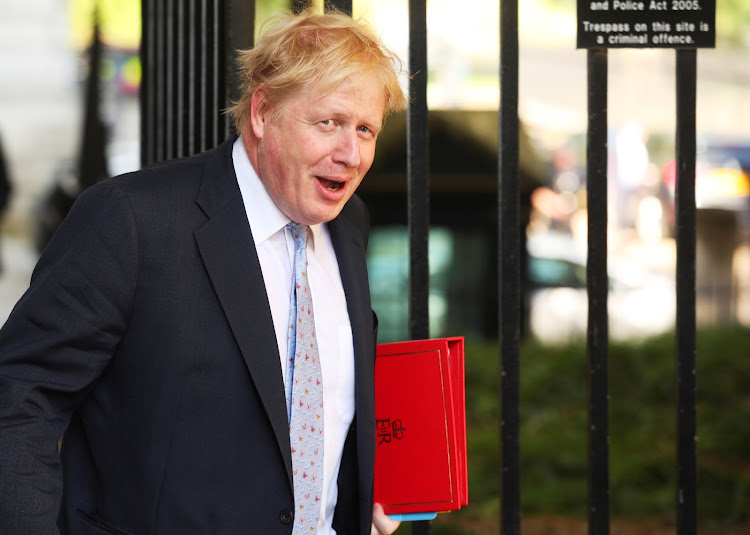 Britain is more likely to leave the European Union's orbit on Dec. 31 without a trade deal than with an agreement, the head of the European Commission was quoted as telling the bloc's 27 national leaders on Friday.

Britain quit the EU in January but remains an informal member until Dec. 31 - the end of a transition period during which it has remained in the EU single market and customs union.

Both sides say they want to agree arrangements to cover nearly $1 trillion in annual trade, but talks are at an impasse and British Prime Minister Boris Johnson said on Thursday there was "a strong possibility" an agreement would not be clinched.

In the case of a "no deal" on trade, Britain would lose zero-tariff and zero-quota access to the European single market of 450 million consumers overnight.

"The probability of a no deal is higher than of a deal," an EU official who declined to be identified quoted Ursula von der Leyen, the president of the EU's executive European Commission, as saying during an EU summit in Brussels.

Johnson and von der Leyen have given negotiators until Sunday evening to break the impasse at talks that are deadlocked over fishing rights and EU demands for Britain to be punished if in the future it diverges from the bloc's rules.

Von der Leyen said it would be clear on Sunday whether the conditions for a deal had been reached.

"It is only fair that competitors to our own enterprises face the same conditions on our own market," she told a news conference in Brussels.

Culture Secretary Oliver Dowden told Sky News a deal was still possible but that Britain, which joined the EU's precursor in 1973, would thrive with or without a deal.

"That deal cannot come at any price," he said.

Sterling tumbled, stocks fell and implied volatility surged as investors started to price in the risk of a chaotic finale to the five-year Brexit crisis. The pound fell 0.8% against the dollar to $1.3184 before recovering somewhat.

A no-trade deal Brexit would damage the economies of northern Europe, send shockwaves through financial markets, snarl borders and sow chaos through the delicate supply chains which stretch across Europe and beyond.

Some EU diplomats have cast Johnson's rhetoric as theatrics intended to wrench out a deal and please his domestic Brexit supporters, and French President Emmanuel Macron said he still hoped a deal could be reached.

Macron is under pressure from French fishermen not to give an inch over their fishing rights. He was asked by a reporter whether an EU proposal for a one-year contingency plan, under which EU fishermen would keep access to Britain's fishing waters, was akin to "having your cake and eating it".

"I'm not asking to have my cake and eat it, no. All I want is a cake that's worth its weight. Because I won't give up my share of it either," he said in Brussels.

The Bank of England took steps on Friday to keep banks lending through 2021 as Britain also tackles the COVID-19 pandemic and prepares for any market disruption from a big change in the United Kingdom's trading relationship with the EU.

Governor Andrew Bailey said the central bank had done all it could to mitigate risks of failing to secure a trade deal, and that it was ready to deal with any disruptions to financial markets.

JSE unlikely to show much life on Tuesday as blackouts continue