An image contained in the report showing the route taken by pupils on the Crocodile River.
Image: Screen photo of presentation

A teacher who had been on previous Parktown Boys' High camps has acknowledged that  pupils did not use life jackets even though they were engaged in dangerous water activities.

Stacey Reynolds was quoted in the report which shed light on what led to the death of 13-year-old Enock Mpianzi.

“I went on both the grade 8 and 9 camps last year ... they also did the raft building,” she said.

She said the water was very shallow and, in fact, many of the rafts fell apart. When she was asked: “So you didn’t think that they needed life jackets?” She replied “No”.

“I didn’t think the stretcher race would end in the river ... I thought that they would then reinforce their stretchers ... you know, dismantle what they had built and use those materials to then build a raft. That was my assumption.” 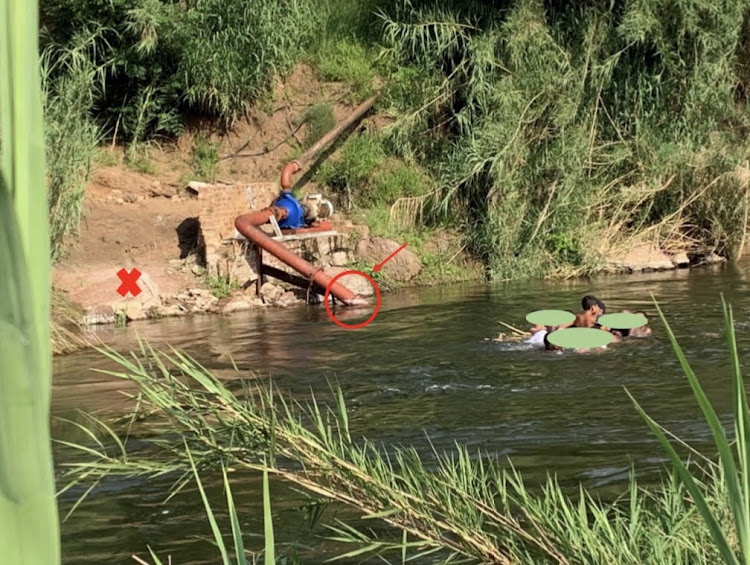 Pupils were not given life jackets at the Nyati lodge.
Image: Screen photo from presentation

Nyati Bush and Riverbreak manager Anton Knoetze was recorded in the report as saying the lodge did not keep life jackets for river rafting.

“ ... we keep life jackets for tubing, not this activity.” When asked whether he knew that pupils had been stranded on an island in the river and had to be rescued by facilitators, he said: “I don’t know about islands.”

“We make this finding in view of the fact that there have been four deaths of learners at that camp since 1999. Given the tragic nature of those deaths involving water, whether in the swimming pool or in the river, it is to be expected that great care would have been exercised by Nyati.

“The actions of Nyati, its manager and its facilitators in simply allowing over 200 learners to enter into a river without life jackets in which the conditions were clearly risky and dangerous, is outrageous and reckless,” said the report.

The ANC on Sunday lambasted a speech delivered by the EFF’s Mbuyiseni Ndlozi at the funeral of Parktown Boys' High School pupil Enock Mpianzi, who ...
News
1 year ago

It is becoming the norm to issue death certificates instead of matric certificates, said Gauteng education MEC Panyaza Lesufi on Tuesday at the ...
News
1 year ago

When headmaster Malcolm Williams was asked if he knew that Nyati had only 12 life jackets, he responded, “ ... that’s mind boggling”.

Asked why he did not ensure that pupils were wearing life jackets, he responded, “because I did not anticipate this exercise”.

Two weeks after the incident, the lawyers conducted an inspection in loco in which they discovered discrepancies in evidence provided by the lodge.

Knoetze had said the river level on the afternoon of the incident was about 1m lower than it was on the day of the inspection.

“In the circumstances, it is found that the evidence of Mr Knoetze in relation to the level of the river, when he said it was a metre lower on the day of the water exercise, is incorrect and can be viewed as an attempt to mislead the investigation team,” reads the report.

It was not immediately clear whether Enoch Mpianza and other Grade 8 learners from Parktown Boys High who partook in a river-rafting exercise that ...
News
1 year ago
Next Article