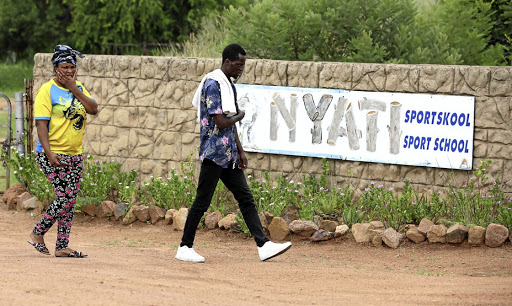 The Gauteng department of education has made a U-turn and postponed the release of the much-anticipated forensic report into the investigation around the death of Enoch Mpianzi.

"Indeed, after consultation with the Mpianzi family, we find it to be insensitive to release the report without their blessings," Lesufi said.

"Subsequent to our meeting today, we all agreed that the next session will be held on February 27 2020."

Gauteng education MEC and interested parties say communities have an important role to play in ensuring the safety and wellbeing of pupils and the ...
News
1 year ago

For the first time in four decades, Gauteng education MEC Panyaza Lesufi has shaved his head - and he's done it for a reason.
News
1 year ago

It is a sombre day at Madiba Tlou Primary School in Olifantsfontein, near Midrand, as pupils and staff struggle to come to terms with the deaths of ...
News
1 year ago

One of the injustices that I want to believe Enoch would have advocated for is the schooling environment a black child is subjected to in the ...
Opinion
1 year ago

Sowetan's sister publication TimesLIVE earlier reported that the family had not yet been consulted and had sent a query to the department of education, which had not been responded to.

"It is on the basis of the above that we have taken a decision, after the consultation with Gauteng premier David Makhura, to reschedule the release of the forensic report until these processes have been concluded.

"We sincerely apologise to the Mpianzi family, the school community, the media and society for the inconvenience this may have caused."