‘This is an absolute outrage’: Mpianzi family's lawyers as they consider legal action

Lawyers representing Enock Mpianzi’s family intend to pursue both civil and criminal action against the Gauteng department of education (GDE) and other people found to have played a role in the death of the boy.

Ian Levitt, a Johannesburg attorney, confirmed the stance of the family on Thursday.

“As can be seen from the report, the conduct of several individuals is an absolute outrage and the strongest of action taken now will prevent another nightmare such as this taking place again.

“This is an absolute outrage. Never again will adults treat the lives of children so cheaply,” Levitt said.

The report on the forensic investigation into the drowning of the Parktown Boys’ High School pupil on a grade 8 orientation camp, found the department negligent in the following: “The issue of whether authorisation had been granted by the GDE for the Nyati Camp in January 2020.” 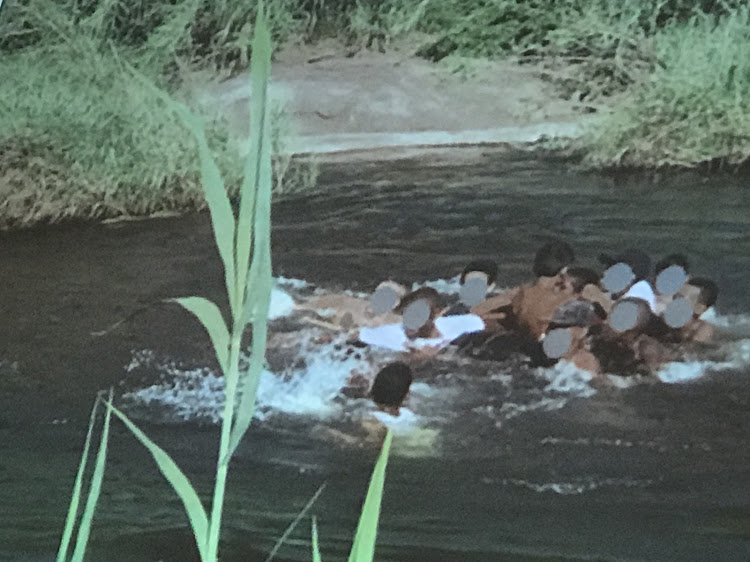 Panyaza Lesufi, Gauteng's education MEC, said the teachers on the camp had not been suspended, “because in the preliminary report the teachers were not implicated, now that we have seen the report we will start that process.”

In 1999, Portia Sowela drowned in the river.

In 2002, Thuso Moalusi drowned in the river at Nyati.

In 2009, Thumi Mokomane drowned in a swimming pool.

In 2020, Enock Mpianzi drowned in the river.

Peter Harris of Harris Nupen Molebatsi Attorneys, who read out the forensic report, also said those at the education district office responsible for “the failure to adequately consider the application of the school” must be the subject of disciplinary proceedings.

The school was found to be negligent if not reckless in allowing the water exercise to go ahead when the educators knew from the agenda that the activity would end with a river swim.

Negligence was found on the issue of safety and care of pupils during the water exercise; the issue of life jackets; and lack of control over the pupils.

The damning report recommends that the GDE conduct a thorough investigation into the other four deaths of pupils at Nyati to ensure that the interests of justice are served and to bring closure for the families of the deceased.

When asked in the presence of his lawyer, a Nyati manager, Anton Knoetze, admitted that other pupils had died at the lodge. His lawyer, Daniel Eloff of Hurter Spies, further stated in writing: “All of the listed incidents involved activities that were outside of the scheduled programme of the visiting groups. Moreover, in all of the listed incidents, the police conducted thorough investigations and found that no party was criminally liable.”

The Gauteng department of education on Tuesday said it was ready to release the forensic report surrounding the death of Parktown Boys High pupil, ...
News
1 year ago

Some parents of Parktown Boys' High School pupils on Wednesday said they were against the media being permitted into a parents' meeting at which the ...
News
1 year ago
Next Article