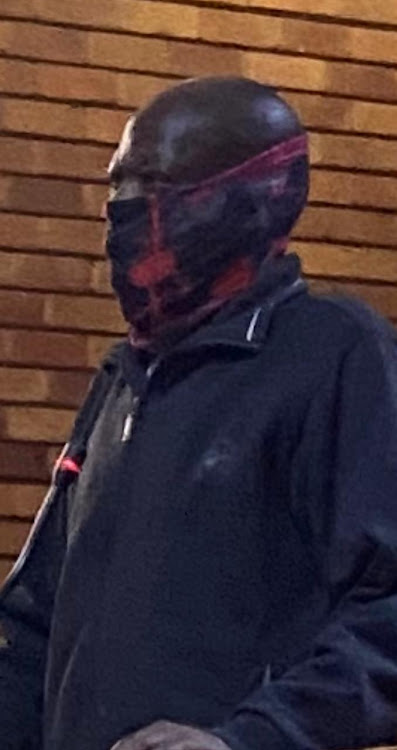 Lesley Tsholofelo Mabalane, at the North West High Court, sitting at the Ga-Rankuwa regional court on Friday. He was sentenced to 25 years in jail for killing his lover in 2017.
Image: NPA Communications

The North West High Court on Friday sentenced a 47-year-old man who killed his girlfriend in 2017 to 25 years in prison.

The matter relates to an incident that happened in Mabopane in October 2017, when Lesley Tsholofelo Mabalane went to the house of Tlhomelang Selina Mmule, who was his lover, and demanded to speak to her.

Mmule had just returned from a night shift, where she works as a nurse, and was preparing to go shopping with her daughter.

“Mmule then informed her daughter to leave and promised to join her at the shops at a later stage, to which she obliged. Later, during the day when she realised that her mother was not joining her, she called her to no avail,” National Prosecuting Authority spokesperson Henry Mamothame said.

The daughter went back home, and found the house was locked.

Mamothame said a neighbour testified she called Mmule’s cellphone and Mabalane answered the call but swiftly hung up.

The daughter and neighbours broke into Mmule's house and found her lying dead with stab wounds. Her purse and cellphone were missing.

Police found Mabalane at home where he was staying with his parents. They found Mmule’s cellphone and purse hidden under the pillow in his bedroom.

Life imprisonment for man who killed his legal practitioner girlfriend

The high court in Johannesburg on Tuesday sentenced a man who killed his girlfriend in January 2020 to life imprisonment.
News
1 month ago

Mabalane was described as a jealous partner, who was abusive towards the deceased.

The prosecutor, Adv Takalani Muneri, argued for a minimum prescribed sentence for murder, which is life imprisonment.

However, Judge Francis Snyman deemed it appropriate to sentence Mabalane to 25 years for the murder, after considering all factors surrounding the case, as well as the probation officer’s report, which declared Mabalane a candidate for rehabilitation.

Mabalane was also sentenced to a further 10 years for robbery with aggravating circumstances. The court ordered the sentences to run concurrently.

Mamothame said North West director of public prosecutions Dr Rachel Makhari-Sekhaolelo lauded the collaboration between the investigating officer and the prosecutor which resulted in the long jail sentence.