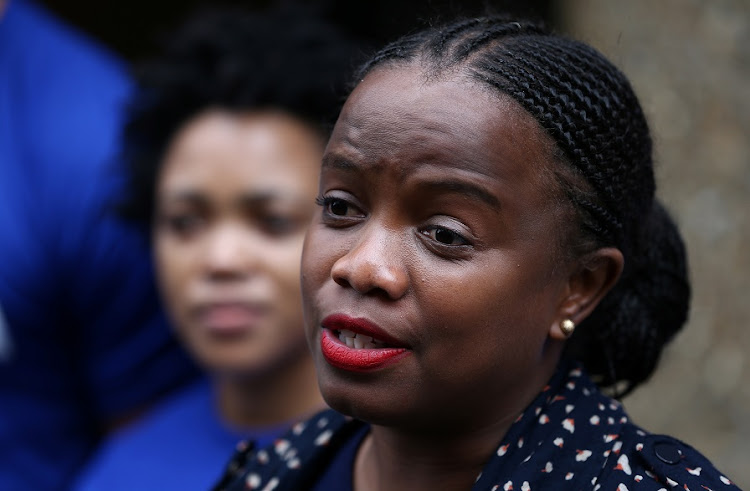 Riet, who was speaking on SABC News about a water shutdown in Kimberley, Northern Cape, stuttered as she spoke and forgot what the interviewer had asked.

She said the municipality was working on repairing “billions of leakages”.

This lady couldn't have made 5%.

Spokesperson for the ANC government in Kimberley. Unbelievable, https://t.co/uqWd90CTUr

“Judging by this interview, it would seem that 30% is also a pass at the so-called 'school of government',” said Macpherson.

Coming to Riet's defence, Van Damme told Macpherson Riet's command of the English language was not a measure of intelligence.

“You can comment on her inability to communicate as a spokesperson without assuming her stupid. Shall we assign stupidity to white people who don’t bother to learn any black languages and have lived in SA all their lives?

“These are the same people who fight for white Afrikaans people to be taught in Afrikaans because English is too hard, but black people must be able to be fluent in his master's voice,” she said.

These are the same people who fight for white Afrikaans people to be taught in Afrikaans because English is too hard but black people must be able to be fluent in His Masters Voice. Niyadzelela bo.

A request for comment from the municipality was unsuccessful at the time of publishing this article. Any update will be included once received.

1. If I were you - specifically you - I’d avoid weaponising educational attainment as an insult, lest that same weapon be turned on me.