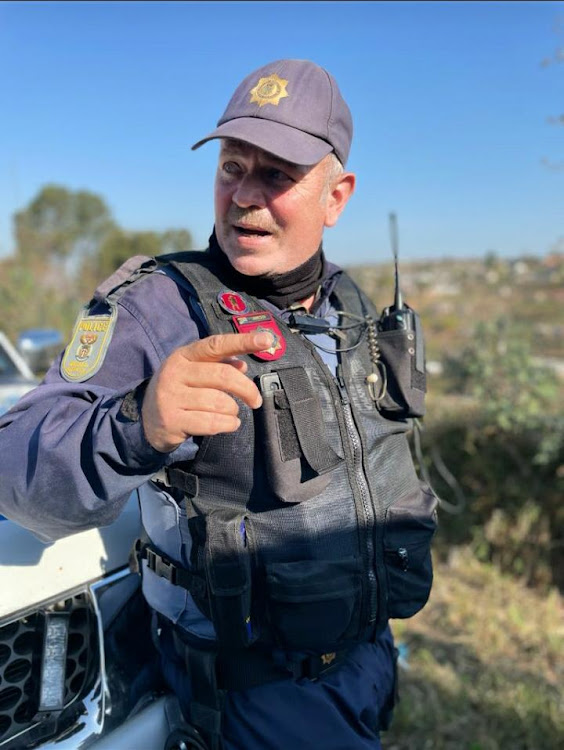 Warrant officer Michael Jameson was picking up his daughter from a school in Umbilo when he noticed a hijacking in progress. He was shot dead when he tried to stop it.
Image: supplied

An off-duty Durban policeman was killed when he tried to stop a hijacking outside his daughter’s school in Umbilo on Wednesday afternoon.

“On Wednesday afternoon at about 2.15pm, 52-year-old warrant officer Michael Jameson was picking up his daughter from a school in Umbilo when he noticed a hijacking in progress. The member immediately placed himself on duty and responded to the incident.

“Upon noticing that the member was armed, the suspects opened fire. The member returned fire but sadly succumbed to his injuries on scene,” said Mathe.

Two vehicles,the one hijacked outside the school in Umbilo and one hijacked in Hammersdale, were found abandoned.

“This after the pair crashed both vehicles as they were evading arrest,” said Mathe.

“The late warrant officer died a hero as he died serving and protecting the people of this country. He indeed served with pride as he placed himself on duty and put the safety of his community before his own. Let me take this opportunity to pay gratitude to the deceased member.

“The bell has rung, Thank you for your service and dedication to serve and protect. We will not rest until the late member’s killers are traced and apprehended to answer for this callous act,” he said.

A gang member has been sentenced to an effective five years behind bars after being found guilty of charges related to a failed hand grenade attack ...
News
1 month ago

An abusive cheater has been jailed for the fatal shooting of his girlfriend with his service pistol.
News
2 months ago

A KwaZulu-Natal detective, who had dozed off during court proceedings, unintentionally pressed the trigger on a firearm, killing a senior state ...
News
2 months ago

A policeman was killed in a confrontation with suspected robbers in Rosettenville, Johannesburg, on Monday, as cops foiled a cash-in-transit heist, ...
News
3 months ago
Next Article