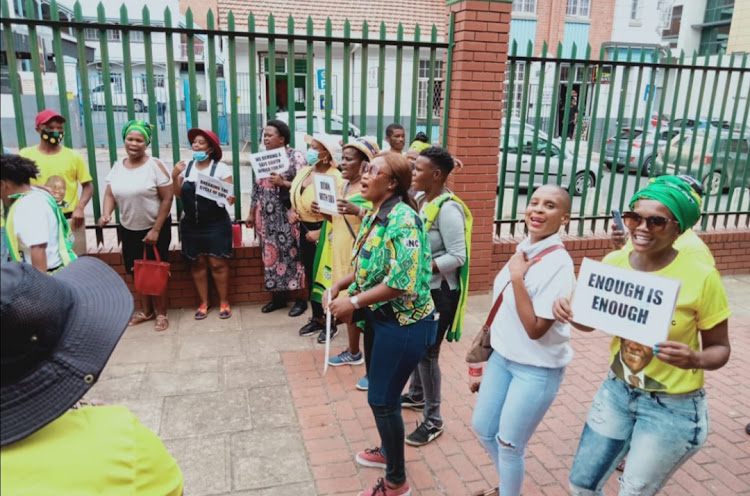 Nine witnesses are set to testify in the murder trial of a KwaZulu-Natal police officer accused of the 2019 murder of his girlfriend, ANC Youth League (ANCYL) provincial executive committee member Sindisiwe Ndlovu.

The trial was set to start on Tuesday in the Pietermaritzburg regional court but the defence team of the accused, Const Sandile Mkhize, applied to have the matter delayed until Friday.

Magistrate Balraj Dehaloo ruled against the bid, saying the trial had stalled for more than two years.

“There are issues which I cannot disclose to court,” said Majola.

The state alleges that 34-year-old Mkhize killed Ndlovu, who was four years his senior. The alleged murder took place at Thokozani location on the outskirts of New Hanover in December 2019.

Slain ANC member Sindisiwe Ndlovu - allegedly gunned down by her boyfriend this week - was to be laid to rest in her KZN midlands hometown on ...
News
2 years ago

Ndlovu was employed by the provincial department of arts & culture at the time.

Mkhize handed himself over at the police station shortly after the alleged incident and is out on bail.

The matter has been set down for four days.

Prosecutor Nangamso Matta told the court the state would be bringing nine state witnesses to testify.

“I do not know why the defence is not forthcoming with what it is that they would be discussing. As the state we are ready to proceed and I have already interviewed witnesses,” said Matta.

Outside the court, ANCYL members rallied behind the deceased’s family by chanting songs and calling for the law to take its course.

Noluthando Nyandeni, co-ordinator of the league in Moses Mabhida region, said the killing of women was endemic in SA.

“The deceased left behind a three-month-old infant. We want the accused to get a life sentence,” said Nyandeni.

A member of the ANC's provincial executive committee (PEC) in KZN was allegedly shot and killed by her boyfriend in Cramond, west of Durban, on ...
News
2 years ago

The Gauteng high court has imposed a partial media blackout in the trial of Ntuthuko Shoba, accused of killing his pregnant girlfriend Tshegofatso ...
News
4 months ago
Next Article