Crusade against 'the dark side' of the church in SA

Appeal to Ramaphosa for inquiry into sexual misconduct by the clergy 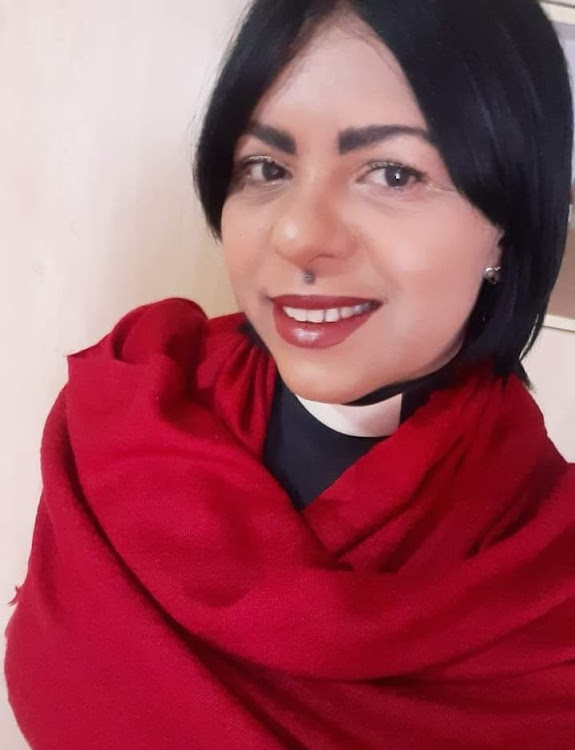 One woman’s campaign to have a commission of inquiry into sexual offences committed by the clergy across all denominations will step up a gear on Wednesday when she hands her appeal to the office of President Cyril Ramaphosa.

Rev June Dolley-Major has been fighting for years to be heard — waging a hunger strike, a 40-day walk and now gathering signatures and letters of support. Now she is hoping for a proper response.

“On Wednesday April 6, God willing, at 12pm, I will be handing over a memorandum to the office of the presidency. This will be done at Tuynhuys, where I will be accompanied by four other people,” she told TimesLIVE.

“It has been a lengthy process and it is going to take many more years,” she said, adding that while she did not expect a face-to-face with the president, she was hopeful he would want to meet her “sometime in the future, if he is committed to make this thing happen”.

Her passion for the cause of those who are sexually victimised within the church stems from her own bad experience and the opposition she encountered in trying to fight it.

Dolley-Major, who describes herself as a “wounded healer”, accused a bishop of raping her in 2002. She reported the matter to a fellow bishop, but said she was discouraged by the church from laying a criminal charge. So she listened and obeyed.

A hearing into her claims went ahead, and the senior clerics approached for help allegedly denied that a rape had occurred.

A digital judgment handed down last October by retired bishop Peter Lee found the bishop accused by Dolley-Major was not guilty of sexually assaulting her as there was no evidence of her informing her bishop before 2016, and there was no corroboration of her story.

'Amabishop' panelists and pastors Joshua Maponga III and Enoch Phiri apologised for the sentiments they expressed on the show with regards to Bishop ...
News
11 months ago

Dolley-Major is still a priest but stopped working for the Anglican church after she opened a criminal case.

“They did not defrock me yet, but that might happen after this,” she said, when contacted about her latest petition.

Now she is completely focused on generating support for her quest to have a commission of inquiry into sexual misconduct within churches and all organisations affiliated to the church — such as school churches, music groups, Scouts, youth groups and other places “that should be a safe haven for children, but are not always”.

“It’s too difficult a task for any one individual to take up and speak out against. The church cannot be allowed to be judge and jury in a process it will use to protect itself. I chose to speak out, and I have literally lost everything.

“My colleagues who knew what happened chose to follow their vow of canonical obedience to their bishop rather than speak the truth. And at the end of the day, it’s all about your livelihood so I can understand people not wanting to risk their jobs.”

Along with abuse victims Celesthe Pierang, Felicity Rowland and Charlene Eden, Dolley-Major will be joined by 63-year-old George Rose. He claims to have been abused by a Roman Catholic priest when he was 10 years old.

“The experiences were dark and secretive and I was warned not to tell anyone ... I spent so many years after the experience blocking out the memories and only when I had a particularly bad sexual experience in my late 40s did the initial memory of the childhood abuse surface again,” Rose explained in a letter addressed to Ramaphosa, which will be attached to the memorandum.

He said the abuse had “shaded my whole life negatively” as he embarked on inappropriate sexual behaviour in later life and was eventually diagnosed with HIV at age 60.

“Only now, through counselling, have I come to realise that it was the abuse as a boy that set me on the dark path that has informed my psyche all along,” Rose said, before pleading: “I urge you to establish this commission as a means to give a voice to victims and survivors of abuse within the church.

“Far too many perpetrators have been protected while a veil of secrecy was thrown over the horror of the abuse of minors and women. Perpetrators and apologists should no longer be allowed to hide behind the mitre and the sceptre in covering up abuse.”

Rose said he was hopeful the memorandum would “get some kind of process set in motion, because too many men are afraid to come out”. He said more support was needed for victims and survivors and less for perpetrators.

Dolley-Major said she had attracted much support and backing from several churches, including the Dutch Reformed ministries.

She hopes that by June 16 she will receive a formal response from the presidency.