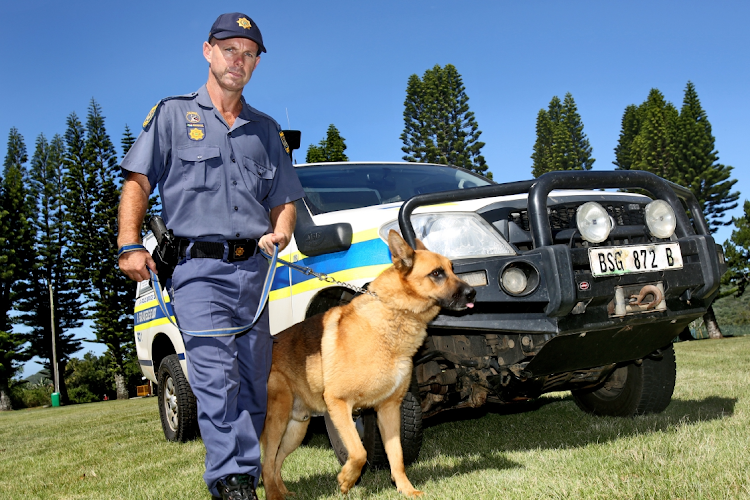 Police on Saturday revealed that a joint task force consisting of officers from the Hawks, crime intelligence and the Qonce Flying Squad had arrested a 39-year-old suspect in connection with the November shooting of Warrant Officer Pieter Swanepoel.

The suspect was arrested at his home in Ndevana location, King William’s Town, on Friday and faces charges of attempted murder and vehicle hijacking.

On the afternoon of November 23 Swanepoel of the East London K9 unit spotted an alleged hijacked vehicle in Quigney, East London, and attempted to stop the vehicle.

He allegedly met with a hail of bullets and sustained a gunshot wound on his upper body.

The two suspects fled the scene on foot, abandoning their vehicle.

Heartfelt tributes have poured in for Capt Pierre Marx of the East London’s K9 Search and Rescue division, who died in the line of duty during the ...
News
4 months ago

The violent attacks shocked the Buffalo City community, with the city coming together in prayer for the popular 'Swanie', described by many as a brave hero in the city's fight against crime.

The metro has, in recent months, faced a violent crime wave, with several hijackings and armed robberies resulting in the deaths of victims.

Hawks spokesperson Capt Yolisa Mgolodela said their investigation had also linked the suspect to “armed robbery as well as numerous counts of motor vehicle hijackings in Keiskammahoek and Ugie”.

He is expected to appear in the Keiskammahoek and Ugie magistrates' courts soon.

The provincial head of the Hawks in the Eastern Cape, Maj-Gen Mboiki Obed Ngwenya, commended the joint effort of the teams involved in the investigation and arrest.