Cosatu calls for swift prosecution of those implicated by Zondo report

'We hope it won't be waste of money like Seriti Commission' 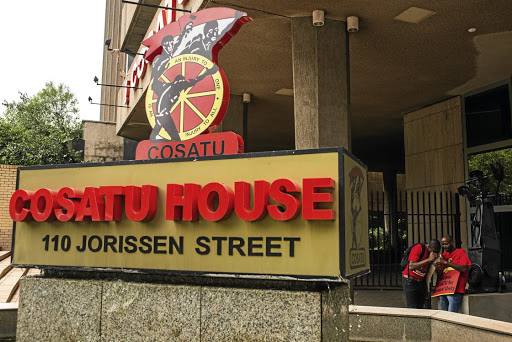 Unless the proposals made in the Zondo Commission State Capture report are implemented, the document will remain useless, Cosatu said in a statement on Thursday.

The trade union's spokesperson Sizwe Pamla was responding to the explosive 800-page document handed over to president Cyril Ramaphosa on Tuesday where a number of high profile individuals, including politicians, were fingered in state capture, including siphoning public funds which landed in the pockets of private individuals.

Acting chief justice Raymond Zondo, who chaired the judicial inquiry into allegations of state capture and corruption over the past four years, finally handed over the first of three parts of the report to Ramaphosa at the Union Buildings in Pretoria.

Part one of the state capture report includes three volumes that focused on allegations relating to SAA and its associated entities, the Gupta-owned The New Age and the alleged use of millions of rand in public funds by various departments and state-owned entities to advertise in it, and the evidence in relation to the SA Revenue Service as well as public procurement in SA, respectively.

The state capture report has been met with threats to take legal action, anger and indifference from those implicated in it.
News
4 months ago

Pamla welcomed the report, labelling the proposals contained in it “progressive” but warned that it should not be shelved somewhere.

“The Auditing Act was amended in 2018 and it enables the state to hold personally financially liable any politician or manager implicated in corruption and wasteful expenditure. Government needs to show decisive leadership and action in the fight against corruption and state capture if we are to turn the tide,” he said.

He said South Africa was struggling to provide jobs, education and affordable healthcare for its citizens because of the looting that has taken place over the past two decades.

“We hope that the report will not be another waste of money like the Seriti Commission report that was looking into the arms deal.

“The federation remains unhappy with the slow progress when it comes to prosecuting those who are implicated in corruption. There are no acceptable excuses any more, we demand action now. A lot of money has been spent on investigating corruption allegations by the Zondo Commission and workers demand value for their tax,” he said.

Pamla urged finance minister Enoch Godongwana to allocate adequate resources to the National Prosecuting Authority, the Special Investigating Unit and Directorate for Priority Crime Investigation to ensure that they appoint enough investigators and prosecutors to deal with the cases originating from the Zondo commission, and corruption in general.

Speaking at a press conference in December, national director of public prosecutions Shamila Batohi had previously started they would need to beef up their staff in order to deal with the case load that would emanate from the Zondo report.

‘As horrific and as painful as it has been, I would do it all again’: Athol Williams

Corruption whistle-blower and author Athol Williams, who fled the country for his own safety, says he feels vindicated by the release of the state ...
News
4 months ago

"The ultimate responsibility for leading the fight against corruption in public procurement cannot again be left to a government department or be ...
News
4 months ago

Ramaphosa vows to 'step aside' if capture report implicates him

President Ramaphosa has indicated he would step aside from the implementation of the Zondo commission recommendations should he be implicated in ...
News
4 months ago
Next Article