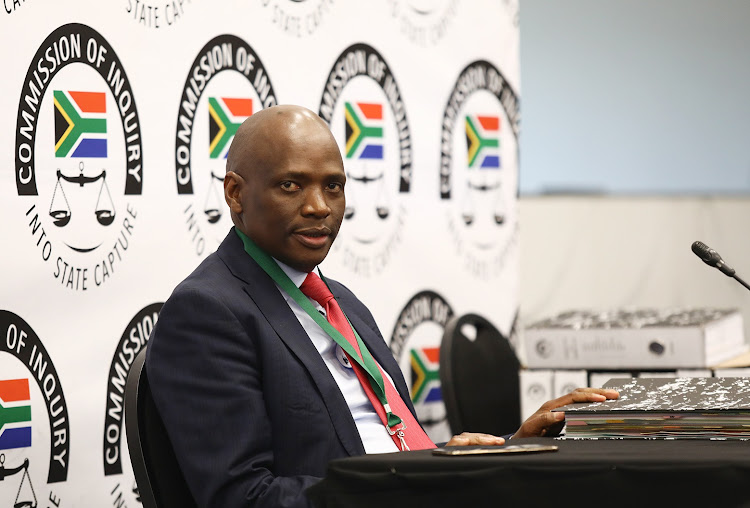 Former SABC COO Hlaudi Motsoeneng was paid a 'success fee' in 2016 by the then SABC board under questionable circumstances for negotiating a deal with MultiChoice for broadcast rights, including access to the SABC's archives. File photo.
Image: Masi Losi/TimesLIVE

Former SABC boss Hlaudi Motsoeneng has been given seven days by the Johannesburg high court to repay the public broadcaster R11.5m.

Judge Jenine Khan ordered that Motsoeneng repay the SABC the money with interest amounting to 15.5% per annum calculated from 13 September 2016 within seven days from 15 December.

Motsoeneng has also been slapped with a cost order for the application which launched by the SABC and the Special Investigating Unit.

However, on Friday morning, Motsoeneng told Sowetan that he was yet to read the judgment and will only respond once he has done so.

"I don't have that judgment, even my lawyers don't have it yet, we are still trying to get it. I need to go through it and read it so that when I respond I do so knowing what the judge has said about her findings," Motsoeneng said.

According to the 65-page judgement, delivered on Wednesday, in the event Motsoeneng does not pay within 7 days, the SABC Pension Fund, the first respondent in the matter, is ordered to pay the aforementioned amount to the SABC.

The SABC pension fund has withheld Motsoeneng's pension which amounts to around R8m.

The SIU and the SABC had approached the court to review and set aside a decision by the former SABC board to pay Motsoeneng a success fee and recover financial losses suffered by the SABC due to that decision.

The court challenge came as an SIU investigation in the affairs of the SABC had shown that the SABC irregularly paid monies to individuals and entered into contracts to the detriment of the public broadcaster.

Mxakwe said the judgment bears testimony to the SABC’s commitment to addressing corporate governance failures of the past, while ensuring monies due to the Corporation are recovered.

"We are confident that this judgment demonstrates progress in the SABC’s turnaround journey," Mxakwe said in a statement.

Mothibi said: “This is a continuation of implementation of the SIU investigations outcomes and consequence management to recover monies lost by the SABC. There are other cases enrolled in the High Court and in the Special Tribunal awaiting adjudication and will result in further recoveries for the SABC."

‘Paying Hlaudi a R11.4m bonus without me knowing could not be countenanced’

The remaining members of the board of the South African Broadcasting Corporation (SABC) will on Thursday likely address demands for them to resign. ...
News
5 years ago

SABC, SIU demand payments made to 53 musicians by Hlaudi Motsoeneng, other managers

Former SABC COO Hlaudi Motsoeneng and nine other former executives are expected to appear before the Special Tribunal as the public broadcaster and ...
News
1 year ago

Former SABC boss Hlaudi Motsoeneng has gone to court to challenge a five-year-old report by the public protector in his latest bid to force the SABC ...
News
2 years ago
Next Article