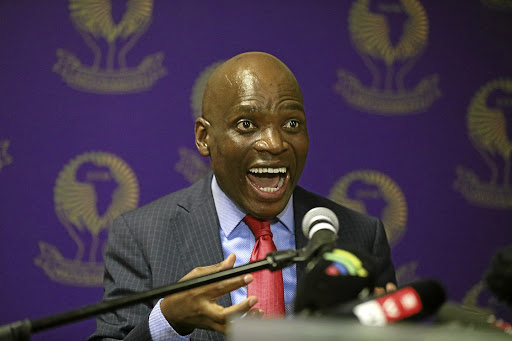 Former SABC boss Hlaudi Motsoeneng has gone to court to challenge a five-year-old
report by the public protector in his latest bid to force the SABC to release his R8m pension payout.

Motsoeneng is also attempting to stop the Special Investigating Unit's (SIU's) civil suit which seeks to recover R21m from him.

In the court papers filed in the North Gauteng High Court in Pretoria yesterday, Motsoeneng argues that the remedial actions by then public protector Thuli Madonsela were not meant to be used as evidence in a current civil claim by the SIU.

He also argued the SABC needed to test the findings of Madonsela's report in an internal disciplinary process which he claims the public broadcaster failed to institute.

Madonsela found that Motsoeneng irregularly increased salaries of staff to the tune of R29m and directed the SABC board to take steps to recover such monies.

Here are some of the quotes from Motsoeneng which have made him a household name.
News
2 years ago

She also directed the SABC to take disciplinary action against him for misrepresenting his qualifications, abuse of power, improper appointments and salary increments.

This recommendation, according to Motsoeneng, meant that the adverse findings against him were neither binding nor "evidence that I was guilty, otherwise that would render superfluous the remedial action to subject me to a disciplinary process".

He said that failure by the SABC to subject him to the disciplinary processes where the remedial actions would be "tested" and the withholding of his pension estimated at between R8m and R9m, were unlawful.

"I believe that a disciplinary hearing would have cleared me of all the charges. Had that happened, it would wipe out the factual basis of SABC and the SIU's vindictive civil claim[s] and its hold on my pension," Motsoeneng argued.

He said had he been taken through the disciplinary process, he would have been able to show that he did not "commit the acts of misconduct or irregularities as found by the public protector".

Former SABC executive Hlaudi Motsoeneng on Thursday boasted about how he strong-armed MultiChoice into funding the public broadcaster's 24-hour news ...
News
2 years ago

Following the release of the report, the SABC undertook a disciplinary hearing which cleared Motsoeneng but was set aside by a court of law, which ruled that a new process had to be instituted.

Motsoeneng argued that because that hearing never took place, he now had to resort to court to review and set aside the report that is now being used to "interfere with his right" to access his pension.

"Since they [findings] have not been reviewed and set aside, they have consistently been used to violate my rights and to victimise me by the SABC, the SIU and the media.

"They are paraded as truth and are currently being relied on by the same SABC to mount civil claim[s] against me," he argues.

SABC spokesperson Vuyo Mthembu said they were not aware of the court challenge.

'There's Hlaudi, then there's everybody else': Mzansi reacts to Hlaudi Motsoeneng's matric saga

Hlaudi Motsoeneng left Mzansi in stitches on Tuesday and that saw both him and the Zondo inquiry making the top trending list on social media.
News
2 years ago