‘I learned of Life Esidimeni deaths in the media’ 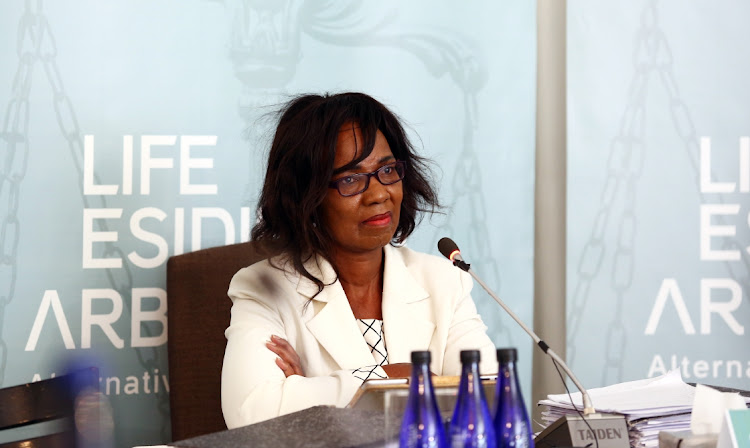 A former senior health official from the Gauteng department of health testified that she first found out that some former Life Esidimeni patients had died through the media.

Former Gauteng mental health deputy director Nonceba Sennelo was being cross-examined by Adv Phyllis Vorster at the Life Esidimeni Inquest on Tuesday about her role in the marathon project, which saw 144 mental health patients die from neglect at inadequate non-governmental organisations (NGOs).

Vorster is representing the families related to the victims.

“I was aware of the media reports of deaths,”  she said.

Sennelo said the first death she heard of officially was in July 2016 in a meeting.

Sennelo, a retired nurse, said she did not know when deaths were reported to her ex-boss and former director of mental health Dr Makgabo Manamela.

The Gauteng department of health failed to include the possible risks to mental health patients but delved into risks of perception from media and ...
News
2 weeks ago

“I don’t know if Manamela was informed but I only found out in July,” she said.

“I was concerned about what could be the cause and the problems in the NGOs where we had placed patients,” she said.

Sennelo, who was on the ground during the movement of patients with former nursing manager at Life Esidimeni Zanele Buthelezi, said they had raised their concerns with their seniors about the project being rushed.

She said Manamela would tell them that it was a mandate from the MEC Qedani Mahlangu that the patients be out by the due date.

“There was not enough time to prepare some of the patients,” she said.

Questioned by Vorster on patients who were moved before they were supposed to be, Sennelo agreed that there were about 35 patients who had left Life Esidimeni ahead of their departure dates. These patients were fetched earlier than expected because NGOs said they would not have time to come back to fetch the rest.

“I got feedback from Ms Karina Morale [Tshepong NGO] that Dr Manamela had said we must add more patients because they cannot leave [patients behind] when there is space for more patients to leave,” she said.

Sennelo said she did not confirm with Dr Manamela if this was in fact an instruction she had given to the NGO.

She said one of her main concerns was whether NGOs would have enough resources to look after patients. She then wrote a motivational letter to the department’s finance head and Manamela, appealing that they should think of giving NGOs start-up money because many of them struggled for funds.

She said some NGOs had complained about a lack of food, blankets and clothing.