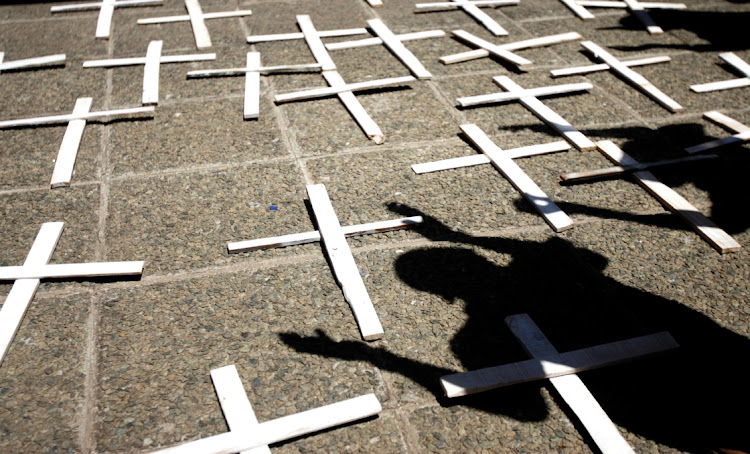 October 27 2016. Prayer vigil to pay homage to the lives lost in the Esidimeni tragedy in this October 27 2016 file picture. The former manager of Life Esidimeni on Wednesday revealed no risk assessment was done for patients' well being.
Image: ANTONIO MUCHAVE

The Gauteng department of health failed to include the possible risks to mental health patients but delved into risks of perception from media and family members, according to state documents read out in court on Wednesday at the Life Esidimeni Inquest.

This was put to witness and former project manager of the Life Esidimeni Marathon Project Levy Mosenogi by a lawyer for the healthcare group Adv Harry van Bergen.

The inquest aims to determine if anyone can be held criminally liable for the deaths of 144 mental health patients who died from neglect.

Van Bergen, who read out from the project plan documents, said the only concerns that were included by the department were family fears such as losing access to disability grants, anxiety about where family members would be relocated, hospital operations, instigation by non-governmental organisations and negative media publicity.

Ex-manager in Esidimeni marathon project breaks down at inquest

A witness in the Life Esidimeni inquest burst into tears on Tuesday after relaying his fears of the potential harm that could be inflicted on ...
News
2 months ago

Mosenogi agreed that there was no risk assessment for patients' wellbeing in the document.

"Would you not agree the biggest risk should have been about the risks to the healthcare users?" asked Van Bergen.

"Yes I agree to that," Mosenogi responded.

"In summary, we have Life Esidimeni raising concerns in February 2015, we have warnings from within the department of health from clinicians in April 2015, there should have been awareness to risk of mental healthcare users and despite this the decision was made to terminate the project," said Van Bergen.

Mosenogi said clinicians that raised their concerns were listened to by some people in the department but not everyone. He said it was former Gauteng health MEC Qedani Mahlangu who wanted the project to be concluded quickly.

"I thought with a lot of hard work it would be possible to do it [marathon project] in three months but my requests for more time were not granted," he said.

He admitted that only some people in the department took concerns from clinicians seriously.

Mosenogi said former director of mental health in the Gauteng province Dr Makgabo Manamela and her team created the project plan and were aware of the risks and mitigations of the project.

He broke down under cross-examination after relaying his fears of children possibly being moved to ill-equipped facilities.

The testimony of senior health official Dr Richard Lebethe that he was not fully involved in the Life Esidimeni marathon project has been brought ...
News
4 months ago

A Gauteng senior health official who has been implicated in the Life Esidimeni tragedy has continued to distance himself from the planning and ...
News
4 months ago
Next Article