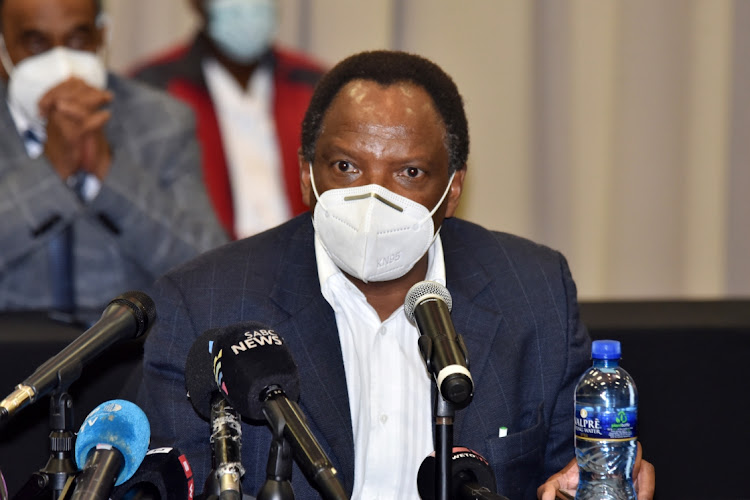 The testimony of senior health official Dr Richard Lebethe that he was not fully involved in the Life Esidimeni marathon project has been brought into question.

On Tuesday, the inquest heard that an e-mail sent to Lebethe in November 2015 from former Gauteng health MEC Qedani Mahlangu instructed him to take the reins when the South African Depression and Anxiety Group (Sadag) shared concerns over the impending move of patients; and that he and other officials must get lawyers involved.

“Please get our legal team to get involved in this process. Head of department and Dr Lebethe you have to drive this process to provide leadership, these NGOs [Sadag] are dishonest! Please treat this urgently,” read Mahlangu’s e-mail.

The e-mail was read out by Adv Benedict Mahlapi at the Life Esidimeni inquest which aims to find out if anyone can be held criminally liable for the deaths of 144 mental health patients.

Mahlapi said Lebethe in his role as the deputy director-general of clinical services was a key part of driving forward the removal of mental health patients from Life Esidimeni.

A Gauteng senior health official who has been implicated in the Life Esidimeni tragedy has continued to distance himself from the planning and ...
News
4 months ago

The Pretoria High Court is hearing evidence regarding the complicity of officials responsible for the deaths of patients of Life Esidimeni Group ...
Opinion
4 months ago

“Mahlangu was instructing you to provide leadership to drive this process,” said Mahlapi.

Mahlapi said Lebethe as a senior health official was used as a resource for concerned health officials such as her client Levy Mosenogi who complained about the project.

Lebethe was asked if he reported concerns from leaders of the project to his superiors such as Dr Manamela.

“The intention was to call a meeting for what was discussed [complaints]. But this may have not happened,” said Lebethe.

Judge Mmonoa Teffo asked him to answer the question clearly.

“There were no steps taken to address this,” he clarified.

“Calling the meeting may have been lost in action of doing other work that was not mental health related...it was in the maze of those activities that it may have not happened.”

Mahlapi said her client Mosenogi asked Mahlangu and other senior Gauteng health officials to keep patients in the Life Esidimeni Baneng Facility for an extended stay and Mahlangu accused him of being a hired gun. According to Mosenogi, Lebethe was the one who calmed him down during this argument and asked him to stop arguing with Mahlangu.

“Qedani Mahlangu accused him of being an agent of Life Esidimeni. Do you remember that?” said Mahlapi.

To which Lebethe replied: “Yes I do remember that.”

But Lebethe said he does not remember being the one to stop Mosenogi from continuing with his argument with Mahlangu.

“No I do not recall that. We have never discussed this, I truly don’t remember,” said Lebethe.