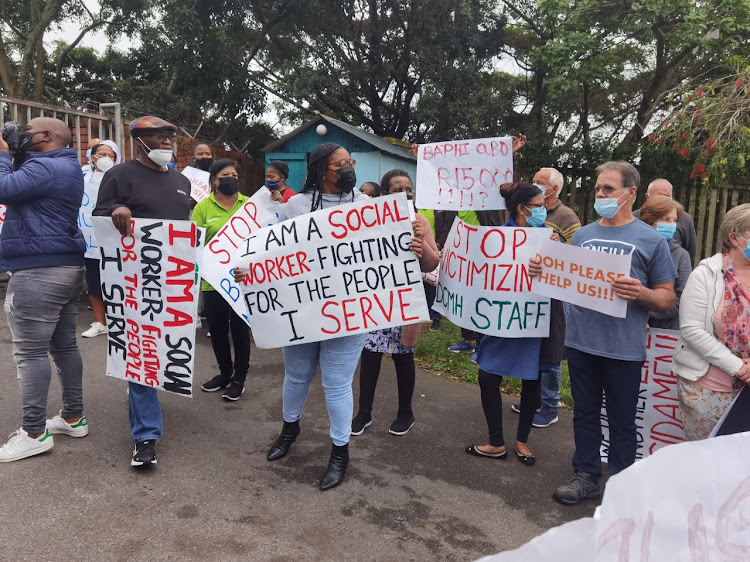 Durban and Coastal Mental Health (DCMH) is conducting an investigation into the death of a resident at its Phoenix facility after residents were allegedly given week-old donated food for supper.

The biryani was donated frozen on October 23. It was served to 60 residents on the evening of November 1.

According to documents seen by SowetanLIVE's sister publication TimesLIVE, which have been verified by sources, the elderly resident, whose name is known to TimesLIVE, fell ill at about 1am. She was given glucose but her condition worsened by lunchtime. An ambulance was called but she died before being taken to hospital.

According to official reports submitted by staff and management, the catering company which services Phoenix, Austerville and Umlazi residential facilities was experiencing a “cash flow problem” and was unable to stock ingredients necessary to comply with the menu plan.

A catering official said they were compelled to use the old biryani because there was nothing else. They expressed concern that it was not sufficient to feed all the residents and was “spicy”.

SA doctors have united in their call to urge government to initiate a review into the country’s culpable homicide law and its application in a ...
News
2 months ago

DCMH, the oldest and largest non-profit organisation catering for mentally challenged people in the province, has been rocked by allegations of a “capture” of the board since 2019 when disbarred attorney Sipho Shezi became chairperson.

He has since left. He has claimed he resigned, but present chairperson Sthandiwe Mkhize  said he was removed amid allegations of wrongdoing.

In a recently completed report, an investigations team appointed by the provincial department of health found the board had been “captured” when it was taken over in 2019 and had been “brought to its knees”, incurring debt of more than R18m in just two years.

It warned of a looming Life Esidimeni crisis and recommended action against CEO Victor Mthiyane and COO Zola Ngidi, both appointed by the board under Shezi’s watch.

The department has repeatedly failed to respond to queries regarding the status of the report and what action the department intends taking.

Last month, stakeholders and employees staged a protest outside the facility’s head office over mismanagement claims.

When I asked the catering staff why they had served it, they said there was nothing to cook for residents.

Because of a “revolving door” policy for service providers, some allegedly appointed under questionable circumstances, it was reported that at times there was no food at some residential centres, and at Sherwood, residents were reportedly lying in urine-soaked sheets.

Approached for comment regarding the recent death, Mkhize told TimesLIVE he was gathering information.

Mthiyani said: “When we have any death in the organisation we do an investigation for the cause of death. That is what we are doing now.”

He declined to say who was conducting the investigation, if medical personnel were involved and if an autopsy was being done.

A source said the catering company had been appointed about two months ago and was reportedly struggling to cope with the contract and was relying more and more on donations.

According to an internal memorandum from the residential care manager dated November 2, she received a call a day earlier just after lunch from a nurse saying a resident had passed away.

The manager asked what course of action had preceded the death and the nurse informed her that she was given glucose but her condition worsened and an ambulance was called.

The manager notified the nurse on what protocols to follow, including alerting the family. The manager said she inquired what residents had eaten for dinner.

“I was told they had biryani that was kept in the freezer for almost seven days. That biryani was donated on October 23 and catering staff served it on October 31.

“I was shocked, as it was not only the deceased who had a running stomach. When I asked the catering  staff why they had served it, they said there was nothing to cook for residents.”

In a letter penned by the cook in isiZulu, he apologised, saying “we gave the children [residents] food which was five days past the expiry date but which I felt had not gone off.

“As it is now, there is no food available and I don’t know what to do. Yesterday and the day before there was not enough food although I asked for it. We didn’t receive the monthly supply of maas. I am the one who has to constantly say ‘there is no food’.”

In another written report, another manager confirmed the death and that other residents had also fallen ill.

Clear instructions were given to DCMH to act against non-compliance to menus by any food service provider. This exposed DCMH to an embarrassing situation.

He said the catering staff had been “very cautious” about the portions given to each resident because the biryani was insufficient and was reportedly spicy.

Concerns had been expressed by the three centre managers regarding compliance with the menu and “deficient stock in the pantries”.

An inspection of the pantry at Phoenix after the death revealed “serious shortcomings”. There was donated food in the freezer which had already expired, there had been no bread delivery and ingredients for lunch that day were not available. Only tins of canned beans were on the shelves.

At Umlazi and Austerville there were also empty shelves.

The manager recommended the catering company be “suspended”.

“The catering staff are struggling to assemble menus for lunch and dinner. This challenge has been observed for quite some time with the expected menu not complied with.

“During a recent inspection by the provincial department of health, the issues related to non-compliance with the menu as well as a shortage of menu items and ingredients were identified.

“Clear instructions were given to DCMH to act against non-compliance to menus by any food service provider. This exposed DCMH to an embarrassing situation.”

The head of the catering company said she couldn’t respond to queries and referred TimesLIVE to the DCMH.

The Independent Police Investigative Directorate says it is investigating a case of death as a result of police action in KwaZulu-Natal.
News
2 months ago

The family of an elderly man who was stabbed to death, allegedly by a psychiatric patient at Bheki Mlangeni District Hospital, says more needs to be ...
News
3 months ago
Next Article