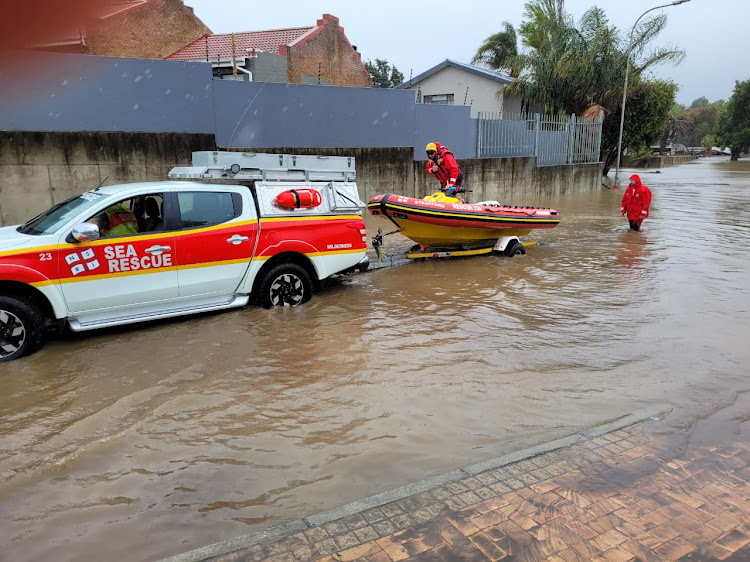 The department of water & sanitation has assured citizens that it is working closely with local municipalities affected by flooding and disaster management structures in the southern Cape to prevent further damage to properties and minimise loss of life.

The department’s spokesperson, Sputnik Ratau, said more than 100mm of rain has fallen in the town of George and surrounding areas since 2am on Monday.

Ratau also said that while flooding may have undesirable effects, the department is pleased with the heavy rains as they will bring relief to the drought-stricken Little Karoo.

“This region has been in dire need of rains as it has received inadequate rainfall for the past few years,” he said.

On Monday, dozens of schools and roads were closed and municipal services were disrupted by heavy rain and flooding along the Garden Route. Major roads in George were under water after heavy downpours, with the municipality urging residents to stay home.

Ratau said the local municipality’s joint operations centre (JOC) has already been activated, and the department’s hydrology team is in constant contact with the JOC.

Ratau said at noon on Monday, the Garden Route Dam had received 139mm of rain. The dam supplies drinking water to the town of George.

The catchment area of the Wolwedans Dam, which supplies water to the Mossel Bay municipality and PetroSA, had received 85mm rainfall.

Major roads in George on the Garden Route are under water after heavy downpours.
News
2 months ago

On Wednesday,  the Groot Brak Estuary was breached to ensure that flooding will not take place, Ratau said.

Meanwhile, the George municipality said its team will be continuing work today in areas affected by power outages.

“Currently, we cannot give an estimated time of repairs and will update as we receive information. We apologise for the inconvenience. Extreme rain and flooding have caused extensive damage to the power network.”

The municipality is expecting to do inspections of some substations in the area that were affected to determine the extent of the damage.

It says zone 7 in the Thembalethu area will remain off due to the presence of illegal connections on the lines.