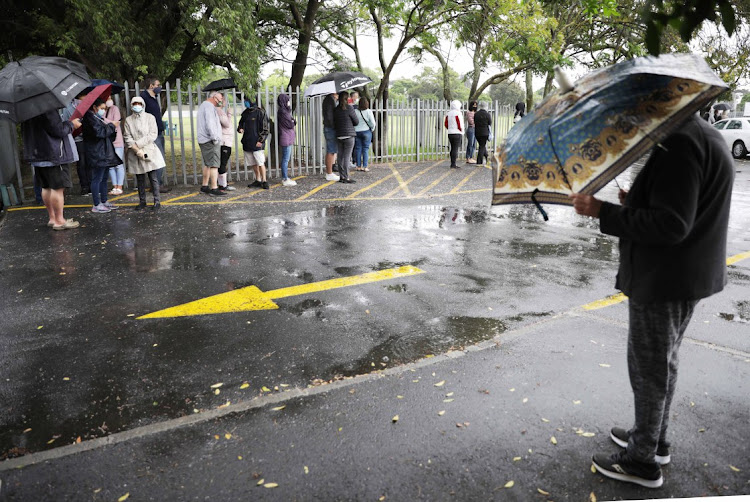 Inclement weather in Cape Town delayed the opening of more than a dozen voting stations.

Electoral Commission (IEC) Western Cape head Michael Hendrickse said 19 of the province’s 1,577 voting stations did not open on time due to rain in the city. The commission first had to ensure the safety of temporary structures used as voting stations, he said.

“The one impact we have experienced is the weather, and the rain is especially affecting our operations in tents,” said Hendrickse.

“Overall, outside the metro voting is proceeding well. People are turning up but we are watching the weather closely.”

Hendrickse said they experienced “challenges” as rain and gusty winds threatened the stability of 35 tents the IEC had set up in the province, mostly in Cape Town.

Some tents were erected in areas prone to flooding, and the IEC had to call in suppliers to reinforce their anchoring. The affected areas were mainly Site B in Khayelitsha, Marikana, Philippi East and Macassar.

“We are paying attention to that with the assistance of disaster management from the City of Cape Town and our suppliers,” said Hendrickse.

Shortly after 11am, all voting stations in the province were open and operational, he said.

KwaBhaca resident, 119, makes her mark and wants you to do the same

KwaBhaca resident, 119-year-old Nomamelika Emily Philiso, is believed to be one of the oldest people to vote in the local government elections and ...
News
2 months ago

After casting her vote, Shela Molomo got on with her day as she pushed a wheelbarrow to fetch water.
News
2 months ago

Among incidents the IEC boss cited were two reports of power cuts. In Ward 88 in Cape Town there was no electricity in the voting station, and cable theft in Ward 39 affected the entire area. Hendrickse said the City of Cape Town and Eskom were looking into the two situations.

He said all temporary voting stations have generators and city officials were on hand to ensure there is additional standby capacity if it is required.

In Ward 114, the IEC delivered an incorrect ward ballot to a voting station but this was picked up and corrected after six people had voted.

“We discovered the problem very early and those votes were immediately quarantined and put to one side. The correct ballots are at the station and voting is continuing,” said Hendrickse.

An upbeat President Cyril Ramaphosa has once again promised to improve service delivery as he urged South Africans to exercise their constitutional ...
News
2 months ago

By 10am, only 148 people had made their mark at Marikana Combined School. IEC presiding officer Aubrey Koloko said they had expected around 5,000 ...
News
2 months ago
Next Article