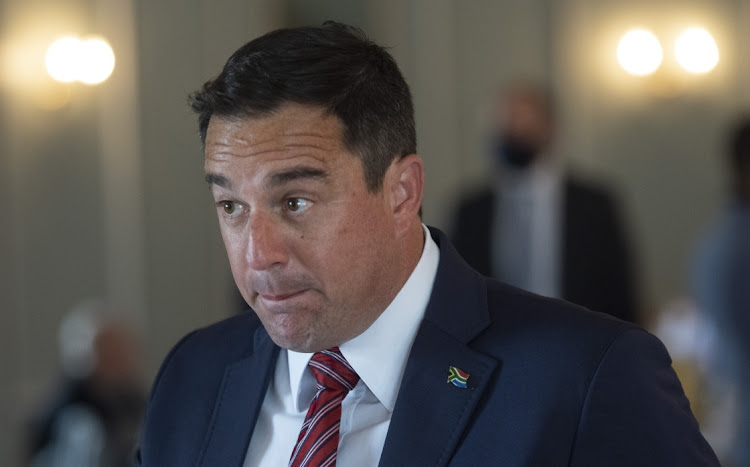 The EFF voted against the ANC more than they voted for the DA.

Addressing DA supporters following the party's big wins in Ekurhuleni and the City of Johannesurg on Monday, DA leader John Steenhuisen said the party was under no illusions about the motive of the EFF in supporting its candidates in the two municipalities.

With the support of the EFF and ActionSA, DA's Mpho Phalatse and Tania Campbell were elected mayors of Johannesburg and Ekurhuleni respectively on Monday night.

Meanwhile, Campbell defeated former Ekurhuleni mayor Mzwandile Masina with 116 to 105 votes, ending his five-year reign in the east of Johannesburg.

Speaking on this, Steenhuisen emphasised there was no deal made with the EFF and ActionSA in supporting their candidates but made it clear the door remained open for further talks.

"We are under no illusions about the stability of these governments as they now stand. I think it is clear to all that the EFF voted against the ANC more than they voted for the DA.

"They extracted no concessions from us, and they will get none. What this means is that these governments could very well be short-lived.

"The EFF and ActionSA’s support for our candidates came with no strings attached, and everyone who voted in support of a DA candidate yesterday [Monday] knew that we would not allow a gun to be held to our head in this government arrangement," Steenhuisen said.

He said Monday's events demonstrated that the ANC could be removed from power if people worked together. "We now turn to making generous offers to parties to come together to act in the best interest of the people of these municipalities.

"If we cannot pass crucial votes, we will be vocal about which parties obstructed or frustrated our efforts at good governance," he cautioned.

All eyes will be on the Tshwane municipality on Tuesday to see if the same patterns repeat themselves.

"People can only force your hand if you allow it to be forced," said Zille
News
1 week ago

The DA's Refiloe Nt'sekhe has dismissed claims she absconded from the Ekurhuleni council meeting at which a new mayor was to be elected in a day that ...
News
1 week ago

This is what ActionSA leader Herman Mashaba said late last night as he opened the door for DA’s Dr Mpho Phalatse to clinch Johannesburg’s mayoral ...
News
1 week ago
Next Article