DA's Dlamini voted as speaker of council in Ekurhuleni 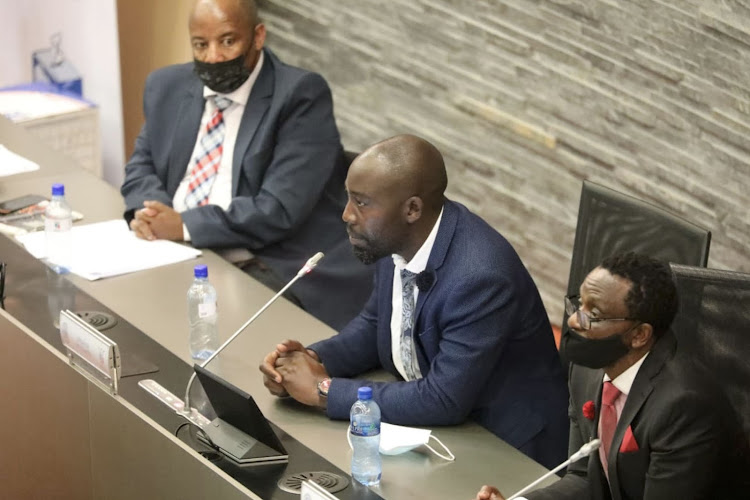 Raymond Dlamini has been sworn in as speaker.
Image: Antonio Muchave

The DA has claimed the first victory in its effort to win the City of Ekurhuleni, with its nominee Raymond Dlamini voted as  speaker of council.

This means the DA received votes from EFF and ActionSA to claim victory.

“I will make sure that I focus on all council issues affecting our communities out there,” Dlamini said after taking his seat.

Voting has not been without drama.

Just after it started,  a blackout hit and for about two minutes, the council chamber in Germiston was in the dark.

Power was then restored through a back-up generator and voting continued.

Then there were screams from other political parties when EFF councillors were spotted taking pictures in the voting booth while others showed their ballots to the party’s observer.

“You will stand where I want you to stand, that is where all the other party observers are standing. Please abide to this instruction,” Mashazi said.

Councillors were sworn in this morning during the inaugural meeting of the new administration.

They are expected to vote  for the chief whip  and the executive mayor,  which will usher in a new government in the country’s manufacturing hub.

ANC provincial chairperson David Makhura is present while EFF deputy president Floyd Shivambu was there but has since left.

While the counting was taking place, ANC leaders could be seen caucusing in the public gallery, crunching numbers to see if they would retain the metro.

Over the weekend, the ANC announced Mzwandile Masina as its candidate to become mayor in Ekurhuleni while the DA mayoral candidate  Refiloe Nt’sekhe withdrew  as a municipal councillor.

There are 224 seats in this council, made up of 112 ward councillors and 112 proportional representation  councillors.

Disgruntled ward 78 residents staged a protest outside the Moses Mabhida Stadium in Durban on Monday, where the inauguration of the eThekwini ...
News
1 week ago

The DA has 71 seats in council and would have needed support from other parties to secure the win. DA's Vasco Da Gama is Speaker. Voting has ...
News
2 weeks ago
Next Article