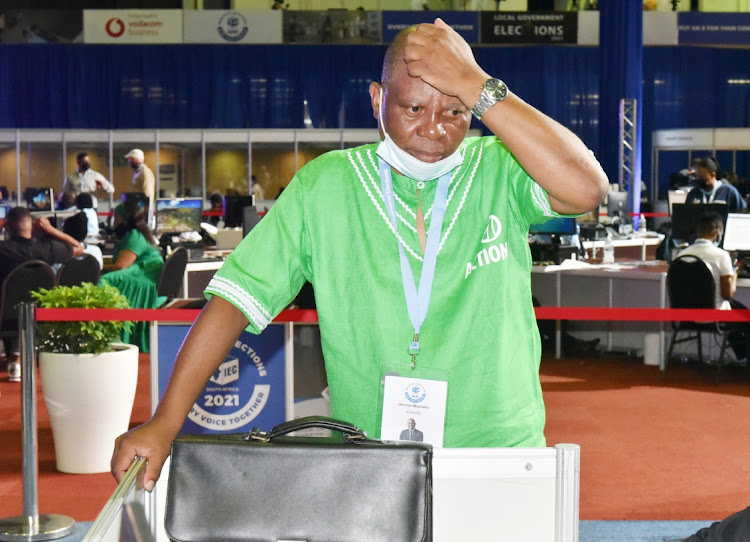 The DA has rejected a proposed deal by opposition parties that would have seen ActionSA leader Herman Mashaba given the City of Johannesburg's mayoral chain.

This comes after the party held a meeting of its federal executive to discuss the deal that would have seen the DA retain the City of Tshwane and Nelson Mandela Bay Metro and Mashaba get the mayorship of of Johannesburg.

But on Saturday morning DA leader John Steenhuisen said his party would not go along with the deal because it depended on the EFF’s support.

On Friday opposition parties including the ACDP, UDM, ActionSA, COPE and Freedom Front Plus agreed on the deal but the DA asked to consult its federal executive.

“The IFP and the Patriotic Alliance that have a significant number of seats in Johannesburg but not in Tshwane have already announced that they will vote with the ANC. Without the 15 seats of these two parties, it is impossible for the other opposition parties to form a majority coalition without the support of the EFF.

ActionSA president Herman Mashaba’s bid to make a comeback as City of Johannesburg mayor received a major boost on Friday after most possible ...
News
1 month ago

“In other words even if we do put together a minority coalition government in Johannesburg, the EFF would have to vote with us in order to enable us to take important decisions, pass budgets and bring stable governments. The coalition will always therefore be subject to the whims and demands of the EFF,” said Steenhuisen.

He said the EFF has already said that they would stay outside the coalition and only vote with it if the coalition does things that it wants.

“Inevitably, the EFF tail will wag the coalition dog in Johannesburg,” said Steenhuisen.

He said there was nothing new about the move as the DA had tried the same arrangement after the 2016 local government elections but it had failed spectacularly.

Steenhuisen said the arrangement with the EFF was chaotic and led to Mashaba, who was then a DA mayor, dancing to the EFF’s tune.

“The election result is different from 2016 in only one respect: in Tshwane, for the first time, we are able to put together an opposition coalition government that will have a clear majority of the seats.

“We will not have to rely on the EFF to secure a majority and remain in office. Sadly the same thing cannot be said for Johannesburg. Essentially what we are being asked to do in Johannesburg is what we did before. We are being asked to put ActionSA at the head of a minority government to get 50% plus one of the votes. This in essence repeats what we did after the 2016 election, which failed dismally,” said Steenhuisen.