They didn't bring anything, says Malema as EFF shuts door on ANC 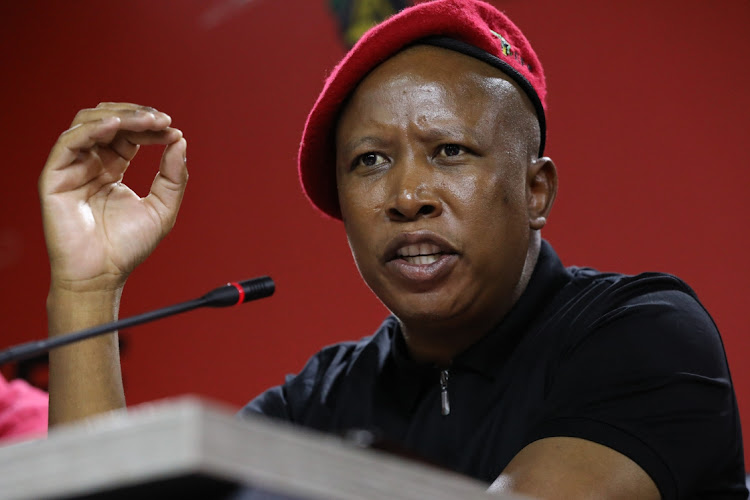 EFF president Julius Malema addressing the Media on the on-going negotiations of coalitions with other political parties.
Image: Thapelo Morebudi

EFF leader Julius Malema has ruled out on working with the ANC ahead of municipal councils holding their first meetings.

Speaking at the EFF's media briefing on coalitions on Tuesday, Malema announced the party had shut the door on the ANC.

"The negotiating team had two meetings with ANC and they failed to concede with anything. Instead, ANC wanted to rush to power sharing. The EFF resolved to stopping the discussions with the ANC. The ANC was unable to give clear commitment on issues raised despite us giving the ANC alternative timelines on some key issues," said Malema.

"The EFF will not support any candidate presented by the ANC or parties that didn't approach us for municipalities," he said.

Asked what broke the camel's back in terms of discussions between the two parties, Malema said the ANC did not bring anything to the table.

"They didn't bring anything. They only insisted on positions and not policies. The ANC also negotiated in bad faith because they sent junior people to negotiations. When they sent an official, they brought Paul Mashatile, who is one of the most dishonest people. I don't trust anything he says," Malema said.

As coalition negotiations continue, EFF leader Julius Malema said the party was willing to swallow its pride and work with the ANC to achieve its ...
News
2 months ago

While ActionSA president Herman Mashaba publicly announced his party would not work with the EFF, Malema said the door remained open for the former Joburg mayor.

"We have not moved away from ActionSA. Mashaba left us at the table and we're still here. We've taken the position to be patient with Mashaba because he's a political illiterate. He's still new in politics... and we're willing to wait," he said.

Malema said the relationship with Mashaba was a strictly strategic one because the EFF needed him to keep "Afrikanerdom".

"The alliance with the ANC, EFF and ActionSA is to keep Afrikanerdom out because if we don't align, the DA and VF Plus will align with other parties and take over," Malema said.

A meeting of seven political parties aimed at taking over the hung Tshwane and Joburg metros in a coalition stalled yesterday resulting in a call for ...
News
2 months ago

The biggest power sharing agreement that has ever existed in history of SA.
News
2 months ago