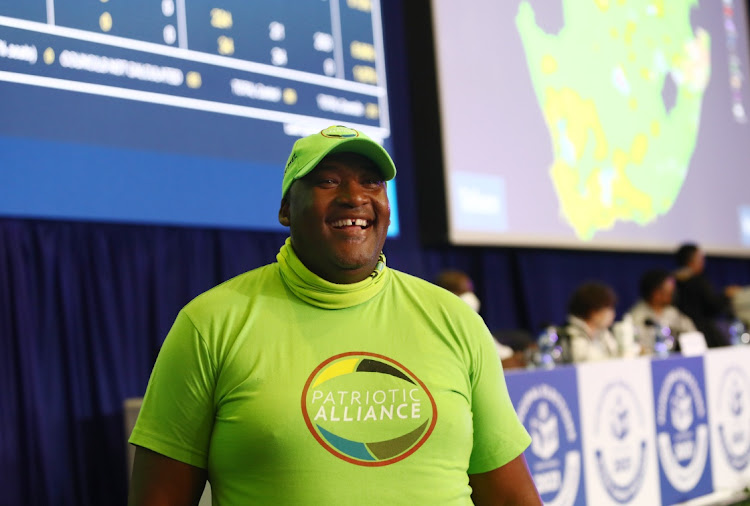 The biggest power sharing agreement that has ever existed in history of SA.

That is how Patriotic Alliance (PA) president Gayton McKenzie described the deal with it had clinched with the ANC following tough days of coalition negotiations.

According to McKenzie, who was emotional when making the announcement, said the deal would see the PA running its own municipality, several mayoral committee member appointments, seven mayors across municipalities including deputy mayor positions.

With 1,900 viewers watching, McKenzie announced that through the power-sharing agreement with the ANC, the PA would run its own municipality - Karoo Hoogland.

"We were fighting between Hantam and Karoo Hoogland municipalities. We then suggested for the ANC to control Hantam and we said we’ll vote with you and not interfere but then give PA their own municipality (Karoo Hoogland) so we can do what we promised our people we would do."

IFP in KZN will work with anyone but the ANC

However, the party will work with the ANC outside the province as its relationship with the party’s national leadership differs.
News
6 months ago

McKenzie said by the end of next week, the PA would see the party with seven mayors across the country.

He said this would give the party the opportunity to build drug rehabilitation centers in PA-run municipalities.

According to McKenzie, these were some of the positions clinched by the PA:

McKenzie said negotiations were still underway to finalise the two MMC positions in the Johannesburg.

He added talks for Nelson Mandela municipality, City of Tshwane, Msunduzi and New Castle had not been finalied.

On the road to negotiations, McKenzie said they met with the DA before meeting with the ANC, adding the blue party failed to meet their demands.

"We met with DA before the ANC and the DA didn’t give us what we wanted. We sat with [Cyril] Ramaphosa’s ANC and we sat and found each other. It wasn’t easy but Thoko Didiza, Jessie Duarte and Paul Mashatile, I salute you. We found each other in 95% of the discussions. This is the biggest power-sharing agreement in history of SA," McKenzie said.

"The time of give what you got is over

"We want to break the curse in our communities. Why must the coloured man always come second. From today going forward we’ll be respected and we’ll respect everyone else and if you don’t trust my judgement then go somewhere else.

"This is the best deal ever negotiated in the history of power-sharing agreements."

Noting the criticism the party had received, he said the PA refused to sit in the opposition benches because no jobs or opportunities came from there.

Coalition negotiations between the EFF and the ANC had apparently deadlocked on Sunday after disagreements over the position of Action SA president ...
News
6 months ago

In a seemingly desperate bid to cling to power, the ANC is prepared to get into bed with any political party including the DA to form coalition ...
News
6 months ago
Next Article