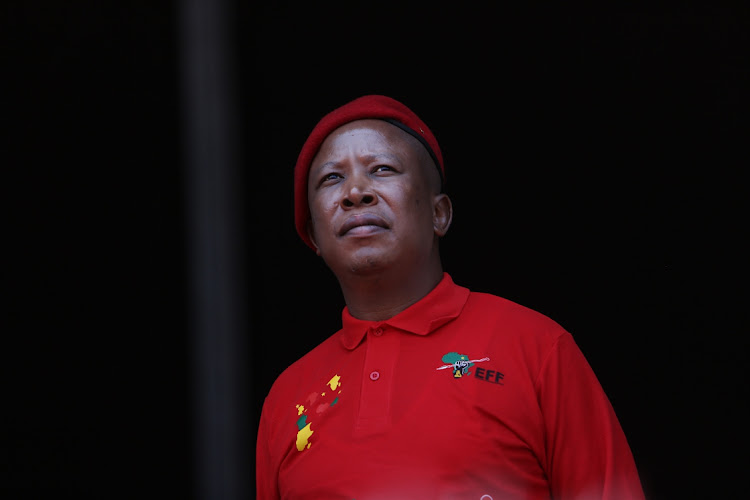 EFF commander in chief Julius Malema says the party is willing to give power to the ANC as coalition talks continue.
Image: Alon Skuy

As coalition negotiations continue, EFF leader Julius Malema said the party was willing to swallow its pride and work with the ANC to achieve its objectives in hung municipalities.

Malema was reacting to ActionSA rejecting the EFF coalition deal which involved both parties working with the ANC in municipalities which the ruling party lost in the recent local government elections.

“If it is [ActionSA leader] Mashaba who can do it in Joburg, we can give it to him because coalition is about give and take. It is not about take over everything.

“We are prepared to swallow our pride and even give the enemy agents power to take power somewhere and demonstrate how best the EFF can deliver to our people,” said Malema.

On Saturday Mashaba reiterated ActionSA’s position against working with the ANC, saying it was impossible to fix SA through a partnership with the ruling party.

“ActionSA committed during the campaign that we would never work with the ANC, and any arrangement dependent on ANC support would be a violation of that commitment to the SA people.

“Under such an arrangement service delivery cannot be prioritised because the ANC wants departments filled with people appointed on the basis of who they know, not what they know. Under such an arrangement ActionSA could not fulfil its mandate to fight corruption because it would, invariably, be investigating and acting against those with whom it is in coalition,” said Mashaba.

“We don’t have numbers. We need the numbers of the ANC to help us get a clean government. They don’t come with you. They just vote for you and we keep them out and you run a municipality and deliver to our people,” said Malema.

Coalition negotiations between the EFF and the ANC had apparently deadlocked on Sunday after disagreements over the position of Action SA president ...
News
2 months ago

The ANC in Gauteng is preparing to line up mayoral candidates who could lead several municipalities after coalition talks, if it has its way.
News
2 months ago

ActionSA willing to work in coalition 'of equals' – Mashaba

ActionSA leader Herman Mashaba says his party is willing to form a coalition pact with the DA, even though this was not ideal.
News
2 months ago
Next Article