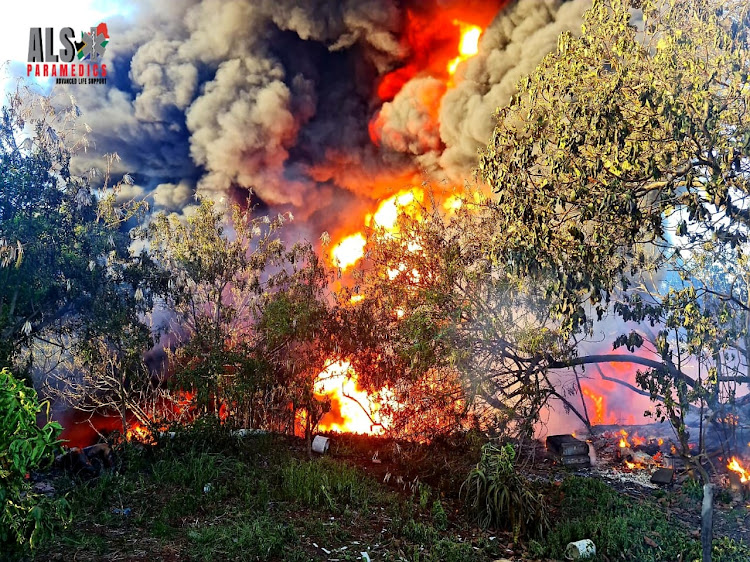 The massive fire that broke out in the Clairwood industrial park just outside Durban in the early hours of Sunday, in which two people died, has finally been put out.

“All the city’s emergency personnel were dispatched immediately to respond to the blaze,” said eThekwini municipality spokesperson Msawakhe Mayisela.

He said the teams on site reported that the fire was caused by a petrol tanker catching alight. Petrol had flowed down into a nearby river and a secondary fire started in the Transnet pipe.

“As a result, Transnet has closed all its valves,” he said. 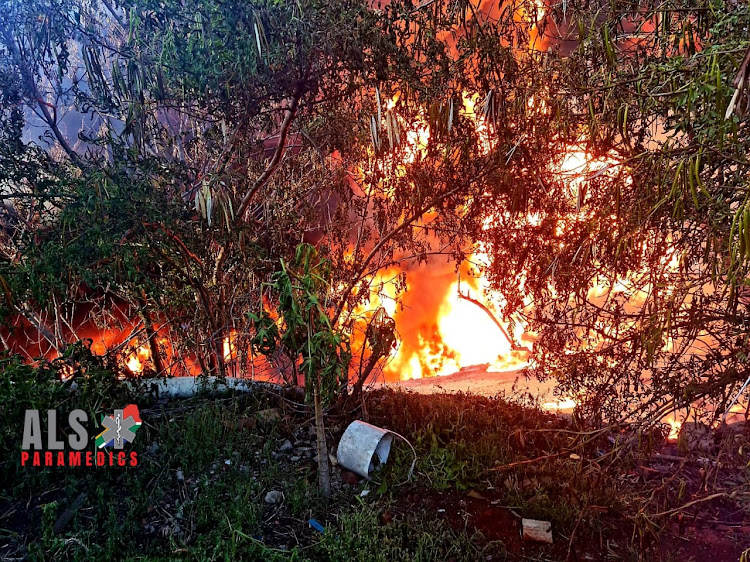 A truck has been completely gutted and a man has died in what appears to be a chemical fire in Jacobs outside Durban.
Image: ALS Paramedics Medical Services

Everyone within a 500m radius of the fire was evacuated by emergency personnel. By 9am.

Mayisela said it had taken almost six hours to get the fire under control.

Pictures and video footage of the blaze have been circulating on social media and the entire area is blanketed in smoke.

Mayisela advised people in the area to stay indoors if smoke is heavy, especially if they suffer from a respiratory illness, such as asthma, or conditions at increased risk from smoke exposure.

A second body has been found and almost six hours of fire fighting efforts have finally brought a massive blaze in Jacobs, south of Durban, under ...
News
6 months ago
Next Article