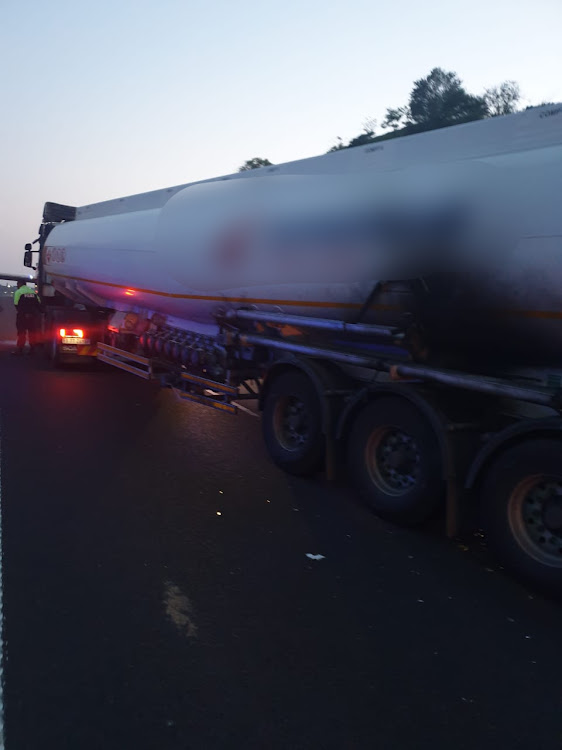 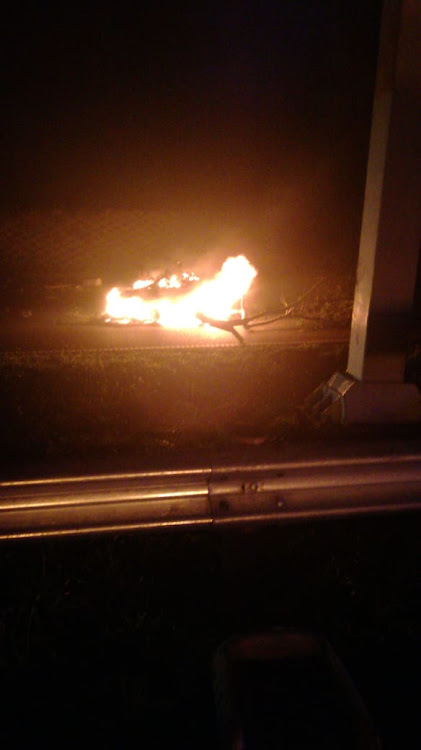 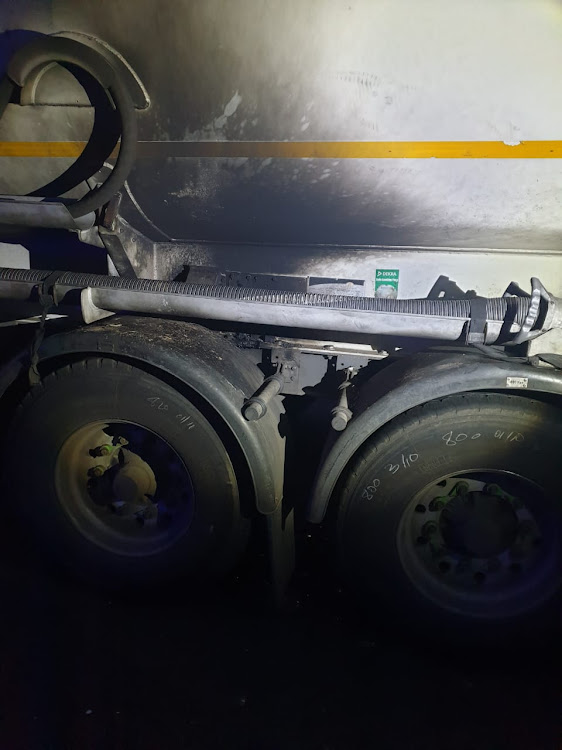 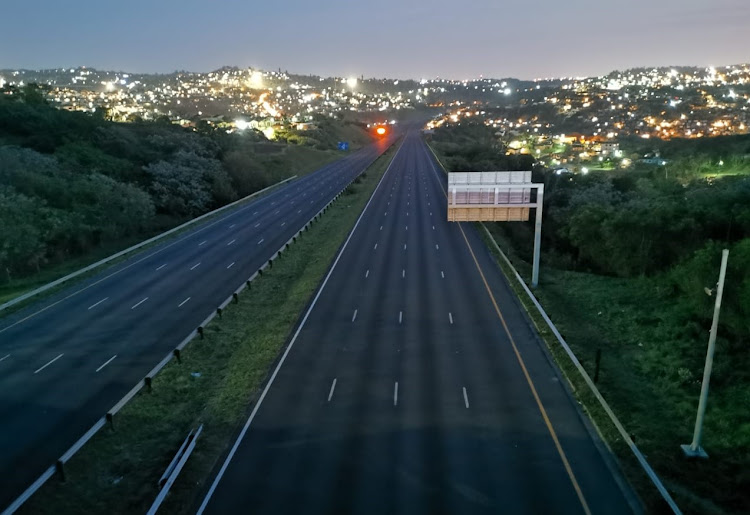 Police managed to avert a potential catastrophe after a fuel tanker was petrol bombed on the N2 freeway in Durban on Friday.

Metro police spokesperson Senior Superintendent Parboo Sewpersad said officers were dispatched to the N2 between Chesterville and Ridgeview about 4am after reports of unrest.

“The protesters had blocked the roadway with burning tyres and debris. The K9 unit was already on scene and were being pelted with stones by the protesters.”

Sewpersad said a fully laden petrol tanker was travelling on the southbound carriageway when protesters struck.

“The driver saw these protesters and decided to make a U-turn. When he realised it was too late and he was unable to turn around he alighted from the truck and ran.”

Two petrol bombs were then hurled at the tanker.

“The tanker caught alight, but our members managed to extinguish the fire quickly. They managed to locate the driver and he indicated that the key for his truck was missing. Members contacted the company and they removed the tanker.”

Sewpersad lauded the efforts of metro police, public order police, rapid response and the K9 unit, who cleared the debris ahead of morning traffic.

He said had it not been for the quick reaction of the teams, the tanker would have exploded.

“Our members averted a disaster. If that fully laden tanker caught alight there would have been a serious explosion.

“Had it not been for their intervention the whole freeway would have had to be closed for hours.”

Sewpersad said protesters were angered after a number of shacks were recently demolished by eThekwini's security management unit.

“They decided they were going to take this protest on to the roadway and block a national highway,” he said.

Rocks being hurled directly at truck drivers is "something new" as a spate of attacks on the "soft targets" plays out on the country's roads - some ...
News
2 years ago

A truck driver was killed on the N1 near De Doorns in the Western Cape when a rock was allegedly thrown through his windshield on Sunday morning.
News
2 years ago
Next Article