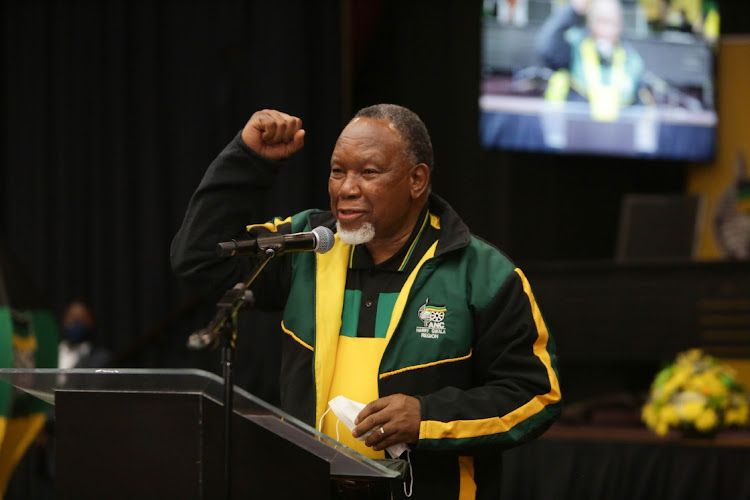 Former president and head of the ANC’s electoral committee Kgalema Motlanthe on Tuesday assured members and communities that any outstanding disputes regarding the candidate selection processes will be resolved speedily after the local government elections.

“The provincial list committees (PLC) have been directed to ensure all the outstanding disputes are processed by November 15, and the electoral committee will finalise all the appeals by November 30,” he said.

Motlanthe was delivering a brief account on the candidate selection process and the resolution of outstanding disputes at the inaugural “roll call event” at the Alberton Civic Centre in Gauteng.

The event, which is the first of its kind, introduced 9,406 councillor candidates who signed a pledge “to do better” ahead of the November 1 local government elections.

Motlanthe said: “All ANC leaders are asked to refrain from trying to resolve disputes while on the campaign trail and should instead refer all such disputes encountered while campaigning to the electoral committee using our existing channels of communication.”

President Cyril Ramaphosa has vowed to root out incompetent and corrupt leaders in the Free State’s troubled Maluti-a-Phofung municipality, where he ...
News
8 months ago

He told councillors the electoral committee received feedback from national officials and the national elections team, indicating that outstanding disputes in the candidate selection processes are of great concern to ANC structures and communities.

“We urge all comrades to close ranks, unite and exercise maximum discipline to ensure victory in all the wards the ANC is contesting throughout the country.”

Subsequent to the establishment of the committee in April, Motlanthe said the committee embarked on a task to “transform, improve and strengthen the ANC’s internal democratic processes of ensuring its candidates for the forthcoming elections are credible individuals nominated and or endorsed by the communities”.

He said the committee established the PLCs to manage and co-ordinate the candidate selection process, including the resolution of disputes and the regional interview and vetting panels to screen, order and balance the proportional representative candidates in terms of gender, youth and credibility skills required to better serve communities.

“The electoral committee has assured the ANC leadership, structures and communities that we will ensure that outstanding disputes are speedily resolved shortly after the elections as per the national executive committee decision.”

He told them that issues affecting the community will be their problem as “they will be the link between government services to which people should have access. You should be able to be both effective representative and effective councillor”.

As 2021 local government elections approach, the DA finds itself on the downslope. Recent statistics indicate the DA is on a downward spiral – ...
Opinion
8 months ago

Councillors should expect people to knock on their doors at any time of the day or night when they are confronted by problems and disasters.

“In council, you will be expected to know every problem and every plan that affects your ward. You will have to be a strong voice for the people of your ward and work tirelessly for the services they need.”

He said councillors have been chosen by the ANC through a democratic process and a screening and selection process, “helping us to select some of the best candidates in our movement”.

“We also made sure we selected women and youth in greater numbers so our councillors reflect the diversity and richness of our society.”

He said councillors have a higher mission than winning seats.

“You have to help ensure each municipality is effectively governed and managed and meets the goals and targets we have set for our country.”

Those who become part of an ANC-governed municipality must always remember people have entrusted them with all the resources of the state so they can deliver on their behalf.

“You will be responsible for bringing government services to the people in an equitable, efficient and economical way, as dictated by the Constitution.”

Cosatu president Zingiswa Losi said the country was days away from the most difficult elections since 1994 when the unemployment rate has risen to 44%, corruption has crippled key parts of the state and basic services have deteriorated in townships and rural municipalities.

Despite this, she said the labour federation has decided to support the ANC in the local government elections.

She said: “Workers love the ANC, but workers are also deeply pained by the behaviour of some amongt us. Their support is not infinite and our task is great.”

She said Cosatu will insist that councillors honour their oath of office, the ANC and the Municipalities Act.

“We will act against anyone who is found wanting. That includes those who are charged criminally. They must step aside. We expect the government and the ANC to undertake lifestyle audits of councillors, municipal managers and procurement officers.”

Losi said Cosatu did not want to receive reports of councillors undermining workers.

During the event, the party also launched its election advert, led by party president Cyril Ramaphosa.

Head of elections Fikile Mbalula announced that next Thursday there will be Siyanqoba rallies in all the voting districts, with Ramaphosa expected to address supporters in Soweto on Friday night.