MEC Panyaza Lesufi: ‘Orania will go, you can scream and shout as you wish’ 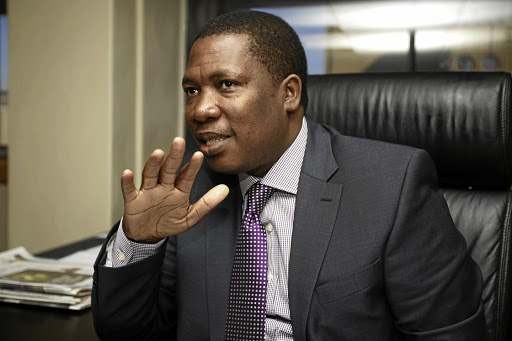 Gauteng MEC for education Panyaza Lesufi has once again expressed his stance on Orania, saying it “will go”.

Lesufi was reacting to the Freedom Front Plus (FF+) manifesto calling for an end to affirmative action and Black Economic Empowerment (BEE).

During his party’s manifesto launch in Pretoria, FF+ leader Pieter Groenewald said the party will not tolerate BEE.

“What we want is the best product at the best price to serve the taxpayers of the municipality. They always say BEE stands for Black Economic Empowerment, I say you are wrong. It stands for black elite enrichment,” he said.

In a social media post, Lesufi said: “Dream on. Affirmative action will be with us until your ancestors’ sins are eradicated. We are also nie bang nie (not afraid). Orania will go, you can scream and shout as you wish.”

Dream on @VFPlus , affirmative action will be with us until your ancestors sins are eradicated. We are also ‘nie bang nie’ . Orania will go, you can scream and shout as you wish

Speaking on Pretoria FM, head of the Orania movement Joost Strydom said the MEC was being held by the past.

“Orania’s response to empty criticism has always been to grow even faster, provide better services and look after our community more efficiently,” said Strydom.

He said Lesufi’s only input was to criticise the town’s success.

“However, we do not see he is successful in addressing any of the education challenges in his province,” Strydom said.

This is not the first time Lesufi has called for an end to the Afrikaner town in the Karoo region of the Northern Cape.

Last year, he called for the town to fall, saying it goes against inclusivity and democracy.

“We understand why that institution was established. It has lived its time now. That place must be liberated and all South Africans must be allowed to stay wherever they want to stay.

“We don’t say we want to stay with them but you can’t have an institution that is established based on language or on the colour of skin,” said Lesufi.

He also called for the town’s “madness” to end, saying: “If you think we will keep quiet you are wrong. This madness must come to an end. It’s a betrayal of our call for a truly nonracial SA.”

MEC Panyaza Lesufi is being sued by the lobby group Afriforum.
News
2 years ago

Police have arrested a teacher from the whites-only town Orania in the Northern Cape for allegedly having sex with a minor.
News
2 years ago
Next Article