Poet fights for the right of deaf people to be heard 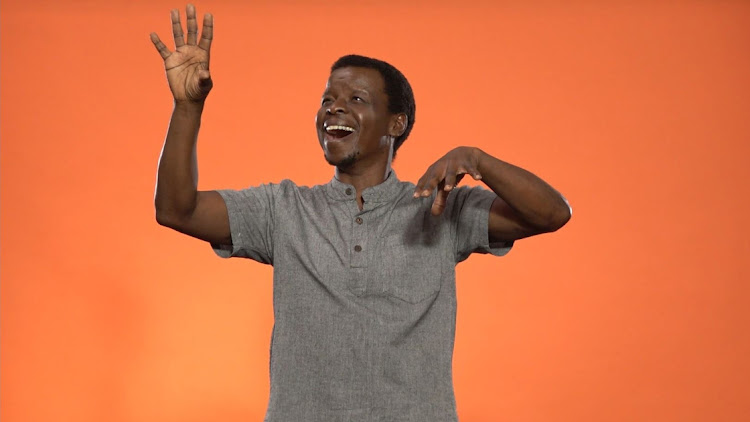 Abram Moyaha can be seen performing one of his poems.
Image: Supplied

The deaf community has often been left out of spaces that able-bodied people easily manoeuvre.

This and the lack of recognition of South African Sign Language (SASL) as an official language when millions of people depend on it to communicate are key issues that have been highlighted on International Sign Language Day, which is marked today.

Abram Moyaha, 53, is a prolific deaf poet who has not allowed being left out of society stop him from creating beautiful poetry and teaching it to his young pupils.

“SASL poetry is so vital now as deaf children are studying it at school. Before I joined Sign Language Education and Development (SLED), I knew nothing about SASL poetry. But I learnt not only about how a SASL poem is structured but also how important it is,” he said.

Moyaha, who hails from the village of Ga-Mmasehlong in Limpopo, was born deaf like his two siblings and started being taught sign language by his older brother.

He said poetry in SASL helped deaf people understand their own history and culture in a time when they often feel left out of the hearing world.

“In SASL we have praise poems, haiku and wonderful narrative poems. And now South African deaf children can study and learn about our deaf culture, history, experiences, joys and pain. Unfortunately, not all the poems they are studying in school are in SASL, some are in other signed languages, which don’t reflect us,”  said Moyaha.

Creating a poem in SASL is not easy and often has multiple steps that he needs to go through to reach completion.

“SASL poetry is challenging. I need to create the story first and often do extensive research, especially if it is a poem based on someone like Gerard Sekoto. Then I start to get rid of the extra details and then I build the poem. As an artist I use rough drawings as the inspiration for the poem. I will then send it to a SLED colleague like Kirsty Maclons and we tweak it for days until it’s right. The more poems I create, the more confident I become,” he said.

Moyaha is a big fan of Sekoto’s art and penned a poem called Mud to Magic to celebrate the late artist's surrealist black urban work.

Maclons, who is a teacher and often interprets for Moyaha, said one of the main challenges in the deaf community was access to education, particularly during the Covid-19 pandemic.

“The biggest problem is that when schools closed plans were made for hearing children who were sent home with work or teachers taught them online. But very little was done for deaf children who were very isolated at home as their families are mostly hearing and most can’t use SASL,” she said.

SLED decided to help their teachers with online training to assist learners at home and translated SASL stories into English to help parents over WhatsApp.

PhD student Robyn Swannack from the centre for deaf studies at Wits University said SASL was historically not seen as a real language.

“The first big challenge was getting people to believe that SASL is a real language, with all its linguistic complexities recognised equally as all the other languages in South Africa. Deaf Federation South Africa (Deaf SA) played a key role, headed by exceptional deaf leaders with substantial international experience and respect, advocating for SASL to become the 12th official language,” she said.

“By recognising the language, there will be more opportunities for equal access. The recognition of our language will encourage all sectors to recognise deaf people and provide accessibility services to us. It will promote more awareness in public and provide more leadership roles for deaf people. It will open the doors to improve accessibility to well-being and health services, early childhood development, education, employment and economic rights of deaf people in South Africa.”

Pan South African Language Board CEO Lance Schultz said they had been aggressively lobbying for SASL to be passed as an official language.

“We can confirm that the bill has been drafted for the amendment of the Constitution to include the SASL as the 12th language,” he said,  adding that the department of justice and constitutional development will be tabling the matter to parliament.

“We are hoping the deliberations thereof will provide strategic direction to expedite the process,” said Shultz.

One must keep in mind that this number may include naturally hearing children of deaf parents.
Opinion
4 months ago
Next Article