Two children killed and others injured in KZN horror crash 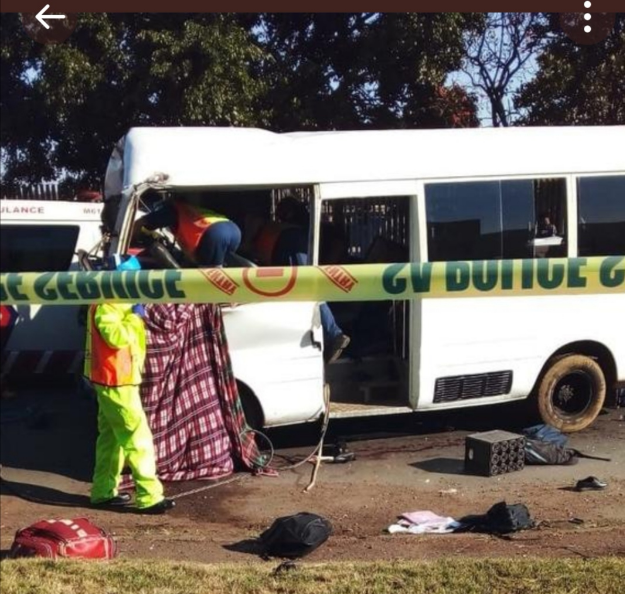 Two children were killed and others injured after a bus and a truck collided in Pietermaritzburg on Monday.
Image: SA Trucker via Twitter

Two children were killed in a horrific crash between a bus transporting school pupils and a truck in Pietermaritzburg on Monday afternoon.

According to Arrive Alive, the accident took place in the Willowton area.

“On the crew's arrival they found numerous casualties who had sustained injuries ranging from minor to critical.”

The bus driver was trapped in the wreckage and had to be freed using the Jaws of Life.

Two children have been killed in a horrific crash between a truck and a school minibus on Ohrtmann Road, in Pietermaritzburg on Monday afternoon.https://t.co/RKh6r6CMkq
via @rsa_trucker pic.twitter.com/sepbd1KXwb

Two pupils aged between eight and 10 succumbed to their injuries at the scene, said Arrive Alive.

The injured pupils were taken to medical facilities in the area.

“The cause of the crash will be determined by the investigating authorities.”

A 50-year-old motocross rider is fighting for his life after suffering spinal cord injuries during a freak accident at a popular track in ...
News
11 months ago

One of the occupants of the Audi that collided with Nelson Mandela Bay mayor Nqaba Bhanga’s Mercedes-Benz on Saturday night has been identified.
News
11 months ago
Next Article