I sacked Koko, says Ramaphosa, but I wasn't the only one who knew he had to go

'It was a decision that was taken by a group of us — the president, myself and the ministers,' Ramaphosa said 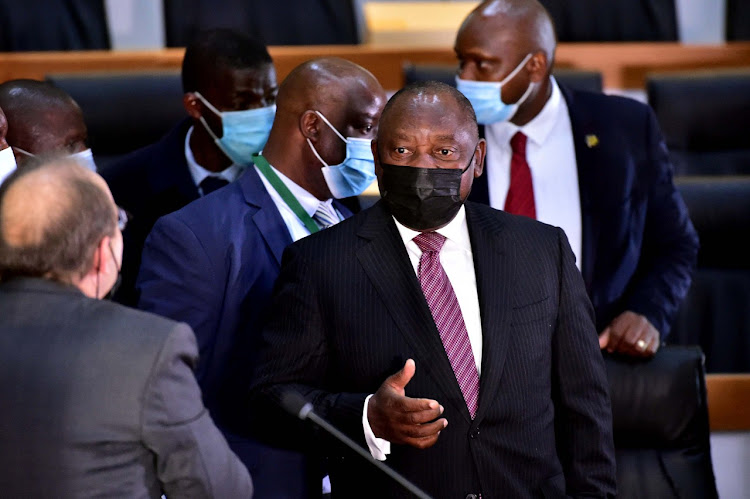 President Cyril Ramaphosa ahead of a two-day appearance at the sate capture commission on Wednesday.
Image: Elmond Jiyane/GCIS

President Cyril Ramaphosa admitted on Wednesday that he did sack former Eskom boss Matshela Koko, but it was a joint decision supported by then president Jacob Zuma, and ministers of public enterprises and finance — Lynne Brown and Malusi Gigaba respectively — to get rid of Eskom executives.

Ramaphosa was responding to allegations by Koko, who had accused him of being behind his sacking from the power utility in 2018.

According to Ramaphosa, at a meeting held in January 2018 between himself, Zuma, Brown and Gigaba, it was resolved that Eskom was a “going concern” that had to be addressed immediately.

It was for this reason that the four further agreed that part of the solution had to be the firing of executives such as Koko who were embroiled in allegations of wrongdoing, and as such, were a dent on the credibility of the power utility in the financial markets.

Former Eskom acting group CEO Matshela Koko has defended his role in the contractual battle between Glencore and Eskom, saying demands by its then ...
News
1 year ago

Ramaphosa was elected president in February 2018 after Zuma's resignation.

“Eskom was in a severe crisis at the time. Its domestic and international lenders were threatening to call on their loans, in part because of concerns about Eskom’s leadership and its reaction to allegations of corruption.

“An urgent meeting was held at the president’s official residence on January 19 2018, attended by president Zuma, ministers Brown and Gigaba, and myself. The meeting resolved that urgent action was necessary to avert a national disaster, to restore Eskom’s credibility, and instil confidence in Eskom,” said Ramaphosa.

He added: “This would require changes to Eskom’s board and its leadership. The board would further be directed to remove all Eskom executives facing allegations of corruption and other acts of impropriety, including Mr Koko.”

It was in this spirit that Ramaphosa instructed the Eskom board to show Koko the door.

And to call this “unlawful interference”, as Koko has insisted, charged Ramaphosa, was “completely incorrect”, as government was a 100% shareholder of the power utility.

Ramaphosa said big business, domestically and abroad, had lost confidence in Koko and his team.

“It was not a one-person decision. It was a decision that was taken by a group of us — the president, myself and the ministers. We discussed this matter.

“And there were stories going around about management people being implicated in wrongdoing and so action had to be taken. Ordinarily a minister or deputy president should not get involved in decisions like that, but it was exceptional, because Eskom was said to be the biggest risk the country was facing,” he said.

Travel Excellence head Halima Allana told the commission that Essa had been the one who had introduced the Guptas and many other individuals to the ...
News
1 year ago

'You cannot say you recognise somebody when you do not know them.'
News
1 year ago
Next Article