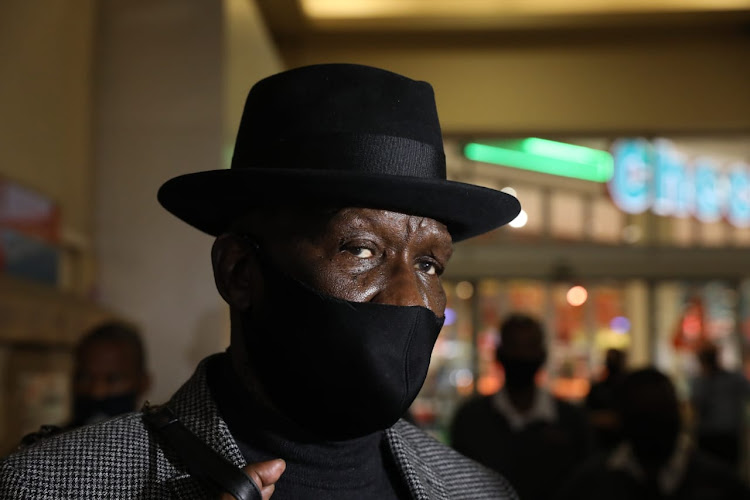 Police minister Bheki Cele visited several malls in KZN on Monday to assess security risks. His department has been criticised for taking time to respond while shopping malls across the country were being looted.
Image: Sandile Ndlovu

Amnesty International SA says high-level public officials who failed to discharge their duties during the violent riots that resulted in the destruction of property and hundreds of deaths last week should be held accountable.

"The almost weeklong looting spree and violent destruction of private property which resulted in the death of more than 200 people in Kwa-Zulu Natal and Gauteng province last week has exposed the country’s glaring security failures to protect people’s lives," said Amnesty International South Africa in a statement.

"The organisation believes that government’s admission that it was poorly prepared to deal with the riots calls for the need to hold to account high-level public officials who apparently failed to discharge their responsibility in the security cluster to protect people and private property from the riots."

“With the number of people who died during the looting and violent unrest known to be 276, South African authorities must reveal what they knew and when in the days leading to the violence which unnecessarily cost people’s lives,” said Shenilla Mohamed, Executive Director of

Amnesty International South Africa. “The minister of state security is on record saying that they had information and that they passed it on to the minister of police but failed to act.

The National Security Council must take full responsibility for the loss of lives and violence that put many more lives at risk,” she said.

Mohamed said the unrest negatively affected human rights, particularly the rights to life, health, food and freedom of movement."The protests, which eventually descended into riots, began in Kwa-Zulu Natal, after former President Jacob Zuma handed himself to the police for contempt of court on 8 July and began serving his 15-months jail sentence," she said.

Mohamed said police officers on leave were called back to provide support to those already on the ground four days after the unrest started."The South African National Defence Force announced that it would deploy soldiers to assist the police. The deployment was not immediate and at first only 2,500 soldiers were made available. On15 July it was announced that the deployment of soldiers would be increased to 25,000, and yet by 20 July, only 2,500 boots were on the ground in KwaZulu-Natal, where the violence began," she said.

"Despite this, the unrest and looting  continued in KwaZulu-Natal and Gauteng with many communities having to take on the role of protecting themselves, patrolling their areas and putting up barricades, as rioters tried to access some residential areas and shopping centres, as police failed to get the situation under control.

“It is outrageous that it took the government four days to start taking seriously the unrest  and violence that were playing out on live news broadcasts, and deploy resources on the ground to help protect lives and property, and bring the situation under control,” said Mohamed.

Additional security measures were in place at Gateway Theatre of Shopping in Umhlanga, north of Durban, on Monday amid fresh threats of looting, ...
News
10 months ago

Parliament to probe ministers over looting and riots

Parliament will have to institute an inquiry into the violent incidents of looting and vandalism that took place last week in KwaZulu-Natal and ...
News
10 months ago
Next Article