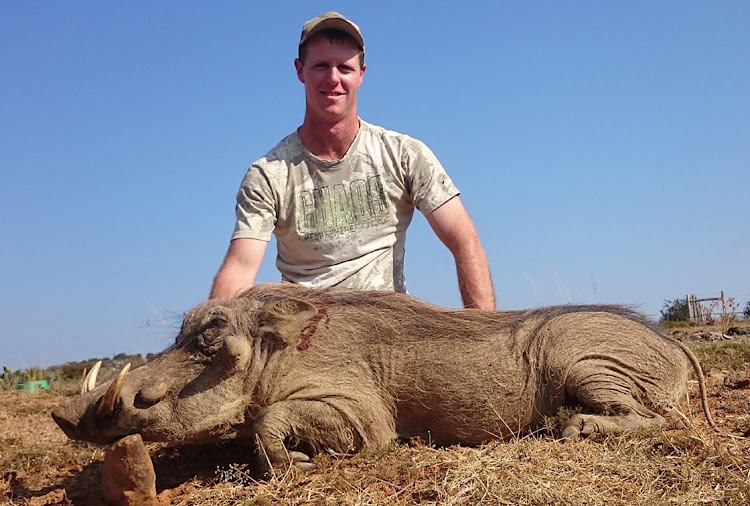 East London farmer Darryl Richter was killed when he confronted the occupants of a vehicle near Thornvlei Road on Saturday night.
Image: FACEBOOK

East London police are on the hunt for a suspect involved in the murder of a 34-year-old farmer at the weekend.

Darryl Richter, from the farm Waterfall just outside East London, succumbed to multiple stab wounds on the scene where he allegedly shot dead two of his three attackers.

According to police spokesperson Brig Tembinkosi Kinana, Richter contacted neighbouring farmers for help when he spotted a suspicious vehicle on one of the main access routes to farms in the area.

He approached the vehicle and confronted the occupants, which allegedly led to an altercation.

“It is believed that three suspects attacked the farmer with knives before he retaliated with his firearm. Subsequently, two of the three suspects in their 20s were found in an open field with gunshot wounds not far from the crime scene,” Kinana said.

In a statement, Agri Eastern Cape rural safety chairperson Alfonso van Niekerk said Richter was still alive when neighbouring farmers arrived on the scene and was able to provide information about what happened.

“Darryl was still breathing and managed to explain the scene that had unfolded to his fellow farmers.

“During this altercation, Darryl was stabbed, but still managed to shoot and mortally wound two of the three attackers. It is believed that the third attacker fled on foot and was potentially wounded,” Van Niekerk said.

He praised the local farmers who responded and helped Richter in his final moments, and extended condolences to the farmer’s family, especially Richter’s wife and two daughters.

Kinana said the motive for the attack was unclear and would form part of the investigation. One case of murder and two inquest dockets have been opened.

Anyone with information related to the incident or the remaining suspect is requested to contact Sgt Kwenene on 079-408-9104 or phone their nearest police station.

Van Niekerk added that this occurred a month after 79-year-old John Viedge was murdered on his farm in the Nqanqarhu area.

“Once again Agri Eastern Cape is calling on the police to implement their rural safety strategy and increase efforts to prevent these senseless attacks from occurring,” he said

“It is the duty of the police to ensure the safety of the rural communities throughout the Eastern Cape and the country.”

Magistrate Dumisani Nxumalo denied bail to eight men accused of killing two people on a farm in Piet Retief, Mpumalanga, saying they had failed to ...
News
11 months ago

Three men have been sentenced to lengthy terms of imprisonment after being found guilty of the brutal murder of a 28-year-old farmworker whose body ...
News
11 months ago
Next Article