Stellenbosch deputy mayor charged with murdering his friend and predecessor 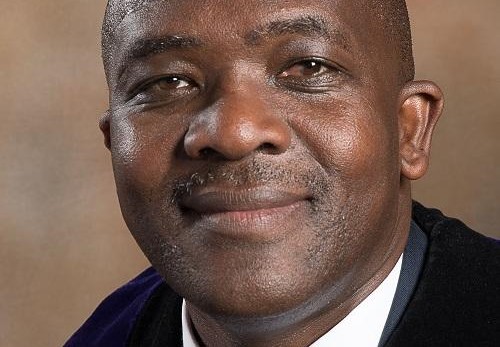 The DA's deputy mayor in Stellenbosch, Nyaniso Jindela, his wife Unathi and a Kayamandi taxi owner appeared in the Stellenbosch magistrate's court on Thursday on charges of conspiracy to commit murder and murder, for allegedly plotting the 2019 killing of former deputy mayor Cameron Mcako.

The state did not oppose bail for the accused, saying it wanted to expedite the case for trial in the Cape Town high court, where an alleged hitman in the case is scheduled to go on trial.

Jindela and Unathi asked to be released on R2,000 bail each after telling the court the deputy mayor earns R38,000 a month and his teacher wife R14,600.

The state asked the court to impose a bail amount of R50,000 for each of the accused but the case was adjourned for lunch before a decision could be made.

Jindela and Mcako were police officers in the early 1990s before entering politics. It is understood the men were close friends, and their families were also intertwined.

Jindela was the first of the men to join the DA, and he persuaded Mcako to join the party. But despite them being powerful figures in the Kayamandi community, their membership never translated into significant votes for the party.

The land invaders were led by self-styled community leaders Midas Wanana and Zola Ndlasi, who formed the new informal settlement of Azania.

This resulted in the municipality buying the invaded portion of Smit's farm two weeks before he was murdered in June 2019. His wife has since been charged with his murder.

Wanana and Ndlasi accused Mcako of blocking service delivery, and he was shot on August 15 2019 before a planned protest.

Jindela told the court on Thursday he had a conviction for defeating the ends of justice dating back to the early 1990s.

Outside court, Mcako's supporters demanded that bail be denied.