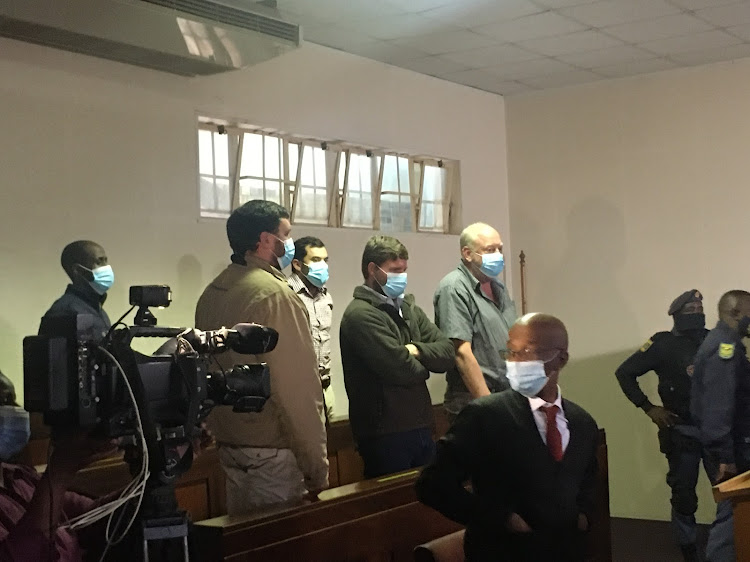 The accused have been granted bail.
Image: Mandla Khoza

The five men accused of killing the Coka brothers at a farm in Piet Retief, Mpumalanga, have been released on R10,000 bail each.

"The court found that the accused didn’t act in common purpose as some arrived long after the incident had taken place," Fankomo said.

The four farmers – Daniel Malan, 38, Cornelius Greyling, 26, Othard Clingberg, 58, and Michael Sternberg, 31 – were arrested on April 9, the same day the Coka siblings Mgcini, 36, and Zenzele, 40, were gunned down at Bampoen farm in Dirkiesdorp.  Zenzele Patrick Yende, 48, was nabbed on April 15.

"Bail is not a price for anything else but to make sure that the accused appears in court. The state has a strong case but that cannot make the court to deny the accused bail,” said Fankomo.

Bail conditions are that they must not discuss the case with their employees.

The court's decision  sparked anger among community members who came out in number and picketed outside the court house. 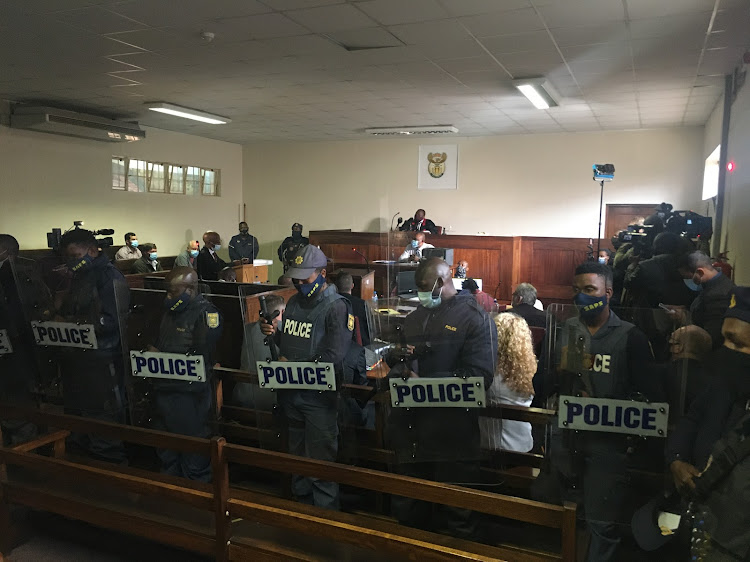 Police were lined up in court to stop potential violence from breaking out.
Image: Mandla Khoza

The deceased’s brother Zakhele Coka told Sowetan that they were scared since the accused have been granted bail.

“As the family and the community we are not safe. These men are going to harass us and since the case started we have been seeing drones flying on top of our house and now that they are out, we don’t know what to do. The court has failed us.

“It is very disappointing that the magistrate can give conditions that the accused  should not interfere with witnesses where as the witnesses work and are staying at the same farm. The accused are the bosses,” said Coka. 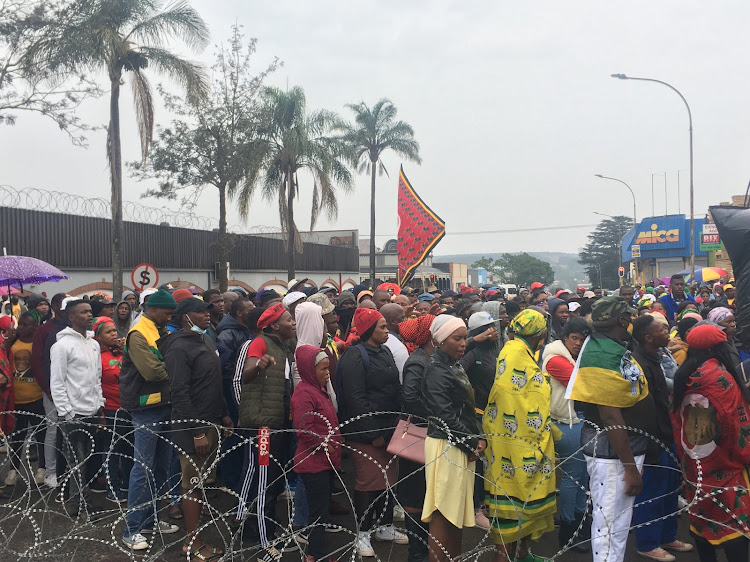 Despite the grey weather, the community came out in full force in solidarity for the victims.
Image: Mandla Khoza

Community safety, security and liaison MEC Vusi Shongwe said he was disappointed by the court’s decision.

“I hoped that the court would have considered the seriousness of the cases the accused are facing. Looked at the safety of the public when they are out and the evidence brought by the state we strongly believe that bail was not an option,” said Shongwe.

EFF provincial chairperson Collen Sedibe told the protesters that they must be calm as the public vowed to burn and also damage the farm as a result of the bail.

“Please comrades, let’s be calm, the case is very strong it’s just that the magistrate decided to give them bail.” said Sedibe.

The case was postponed to June 30 for further investigation.

There was drama at the Piet Retief magistrate's court this morning where five men accused of the murder of Zenzele and Mgcini Coka are applying for ...
News
2 weeks ago

The Piet Retief town in Mpumalanga has been brought to a complete halt with shops closed and schools not operating as hundreds of protestors are ...
News
3 weeks ago

The state says the murder of the two siblings Zenzele and Mgcini Coka was committed by a group of persons or a syndicate that acted with common ...
News
3 weeks ago
Next Article